In today's pandemic situation, entrepreneurs in Slovakia are dealing mainly with issues of difficult economic reality. These are legally regulated in the Commercial Code (a company in crisis) as well as in the Bankruptcy and Restructuring Act.

The recovery of the business while remaining on the market, and at the same time the obligation to satisfy creditors to a greater extent than in the case of the declaration of bankruptcy, is the main idea of the entire restructuring procedure. Despite the fact that restructuring was used relatively little after its introduction into the Slovak legal system, after the financial crisis in 2008/2009, the number of restructurings in Slovakia increased. Before the adoption of the so-called Lex Váhostav (2015), which significantly changed the restructuring rules, approximately 100 restructurings were carried out per year.

Nowadays, there are only about 20 of them a year. However, many entrepreneurs perceive current regulation as insufficient, unclear and counterproductive.

The number of successful and transparent restructurings is not rising, on the contrary, it is falling even more. Therefore, the question of changing the current legislation is more than appropriate. To achieve a successful and competitive business environment, it is essential to help companies in Slovakia successfully overcome this difficult period. The solution is offered in the form of the adoption of a new Act on Preventive Restructuring. Its aim is to introduce a new form of faster and more accessible restructuring. Also, following this process, a reform of the current Bankruptcy and Restructuring Act is expected.

Due to aforementioned reasons, the American Chamber of Commerce in the Slovak republic    formulated 10 Commandments of the Act on Preventive Restructuring. We believe that the document will contribute to the adoption of new and high-quality legislation.

Read the 10 Commandments of the Act on Preventive Restructuring 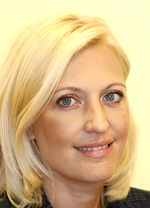