Košice As a Magnet: East Slovakia Bracing Up for Innovation to Compete with Other EU Regions

Digital transformation attracts talents back to regions. Cities in East Slovakia have the potential to become vibrant places for life and an interesting alternative to the capital.

Building identities and brands through innovative ecosystem is crucial and can flip the magnetic switch and attract talent. In addition to the already buoyant IT services sector established in the region, it is crucial to systematically support new businesses and products in the field of science, which can bring long term and sustainable growth. Investments from the Partnership Agreement and RRF can help. If regional players are able to strengthen the innovative infrastructure and accelerate the transfer of knowledge between universities, innovation centers, hubs and the existing businesses, East Slovakia has the potential to compete with other EU regions in the field of innovation.

Experts on innovation discussed how to increase the magnetic pull of East Slovakia. Cities such as Košice or Prešov can draw inspiration from the stories of other second-tier cities such as Brno or Tartu in Estonia.

Titled Magnet Cities, the third edition of East Innovation Conference 2020 was held on Wednesday, November 25 in Košice and a video recording is freely available. The event was organized by the American Chamber of Commerce in the Slovak Republic in association with the Embassy of the United States of America to Slovakia, Deutsche Telekom IT Solutions Slovakia, Microsoft Czech Republic and Slovakia, US Steel Košice, GlobalLogic, the Slovak American Foundation, IT Valley Košice and Creative Industry Košice.

HOW TO JUMP-START THE REGION?

According to the State Secretary of the Ministry of Investments, Regional Development and Informatization in the Slovak Republic, Marek Antal the ministry plans to intensify the flow of the EU money to enhance the competences of the regions. „We want to support the innovation hubs on both national and local level, and help develop the artificial intelligence sector. Education is our top priority also within the context of lifelong learning and the Fourth Industrial Revolution. The state-run IT center established in Košice is not intended to compete or distort the local labor market. On the contrary, the idea is to work more closely with universities, which will bring benefits for the entire ecosystem.”

Marcel Gibóda, Deputy Mayor of Košice understands education is the key. "The city supports our universities through the Košice New Industry Cluster initiative, which has linked all three universities with the city and the self-governing region to create an institution with a potential to support the creation of new businesses and technologies. Projects currently under way also include the EU-led Urban Innovative Actions initiative administered by the city of Košice. The project will build an institute which will provide room for creative cooperation in policy-making which will support the existing businesses, but at the end of the day, the final beneficiary will be the city and its citizens.“

According to the Deputy Mayor, the city of Košice is about to delegate the creation of its Economic Plan to Creative Industry Košice in an effort to leverage their creativity and experience in order to make Košice a vibrant place for life.

“Košice is building its identity primarily through linking creativity with digital technologies, and it is already perceived as the City of Media Arts. There is definitely a potential in positioning our city as a green city full of culture, high-quality universities, IT companies and as an interesting mixture of startups and traditional industries”, says Michal Hladký from Creative Industry Košice.

AmCham aims to reflect upon the ideas and impulses presented during conference through a sustainable initiative Townhall Meetings – a platform for dialogue between key regional development players in East Slovakia. “As suggested by the caption of our initiative, Interactive Governments – Socially Responsible Businesses, we want to draw on the East Innovation Conference and put all the great ideas to work,” concluded Ronald Blaško, Executive Director of the American Chamber of Commerce in the Slovak Republic. The pilot project of the Townhall Meetings initiative already took place in Prešov earlier in October.

HOW CAN CITIES BECOME MAGNETS?

Brno and Tartu are examples of successful cities with top-notch universities and a plethora of young people traveling there for education and career opportunities. Start-ups and new development projects can play a crucial part in transforming cities into magnets. Despite being a small country, Estonia is a leading innovator in e-commerce and e-security. According to Raimond Tamm, Deputy Prime Minister of Tartu, Estonia, digital transformation can make a significant contribution to a better quality of life in the city. "As much as 90 percent of the services we offer our citizens are digitalized." Another example is Brno, which positions itself as a city of new ideas. The connection of the local universities with innovative sectors was essential for the transformation of Brno into a digital and modern city.

“The question of how to bring opportunities to lesser-served regions remains a challenge both in the United States and in Slovakia.  In the United States, however, in addition to places like Silicon Valley, recent years have seen vibrant startup clusters emerge all around the country.  Startups play an important role in the U.S. economy,” says Bridget Brink, Ambassador of the United States to Slovakia.

Even traditional industries associated with the city can become centers of innovation. Juraj Sabol, General Manager for Strategy at US Steel Košice, presented the perspective of the largest steel producer in Central Europe. "Steel is firmly connected with the city of Košice and it is a fabric of the economy of tomorrow. Thanks to the introduction of the latest technologies into our production processes, we aspire to be seen as a technology company that is the leader in the field of artificial intelligence not only in Slovakia but also in Europe.”

HOW TO TURN CRISIS INTO AN OPPORTUNITY?

According to the Czech economist and philosopher Tomáš Sedláček, thanks to the omnipresent digital transformation and connectivity, it doesn't matter today whether we are sitting in the Silicon Valley, Manhattan, or at home in a cottage. This is something which can drive more people out of the capital. Our brains seem to be shifting to virtual reality as well. Companies’ structure will no longer be so hierarchical, and the focus will shift toward their creative potential. Today, lacking computer literacy skills 4.0 is like not being able to read.”

One of the key topics of the conference was the development and preservation of talents. Marcela Havrilová, Education Industry Lead Microsoft Czech Republic and Slovakia examined the importance of education and upskilling for talent retention. “Upskilling is the most effective way in digital transformation to innovate your people's potential for the future labor market, educate talent and preserve jobs. Just the right upskilling can move a person to a qualitatively higher level of a job position and bring companies a higher added value.”

According to Juraj Girman, Vice President Telekom IT, Deutsche Telekom IT Solutions Slovakia, creative thinking and independence is an inevitable ingredient of success. “We have to understand that our future success lies only in our hands and we need to learn a lot to make it happen. Companies that can motivate their employees to individual and autonomous upskilling will prevail over those which understand upskilling as a centrally planned process.”

According to Andreas Truls, Managing Director of Deutsche Telekom IT Solutions Slovakia it is important to focus on new ways of working, virtual leadership, digital education and digital processes that enable remote and hybrid working models. “We work with startups, startup accelerators, organize bootcamps and hackathons to find innovative solutions for growth. We also engage in various industry sectors supported by AI and Data Analytics.“

As concluded by Petr Chládek, director of South-Moravian Innovation Center in Brno, the biggest challenge in the next five years will be how to help small and mid-sized businesses grow. These businesses are not able to transform so quickly, they are overstaffed, and they are quickly becoming uncompetitive. “Crises tend to unravel entrepreneurial mindset. Never has there been a better opportunity to change the world and look for effective solutions than today.” 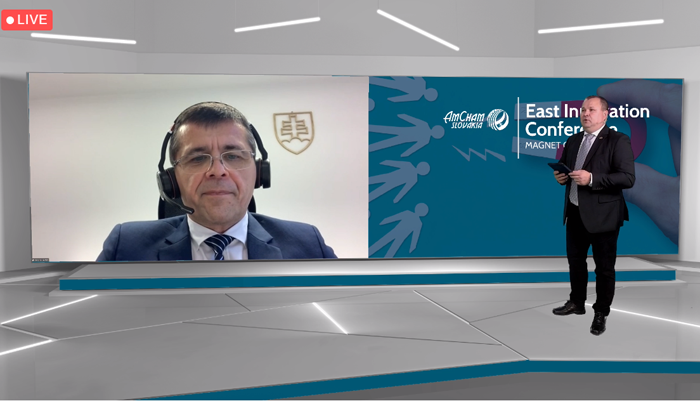 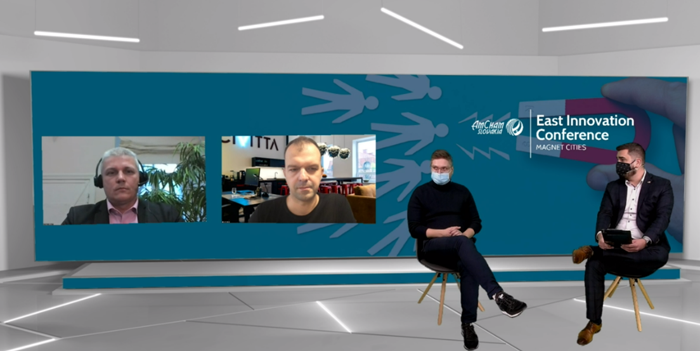 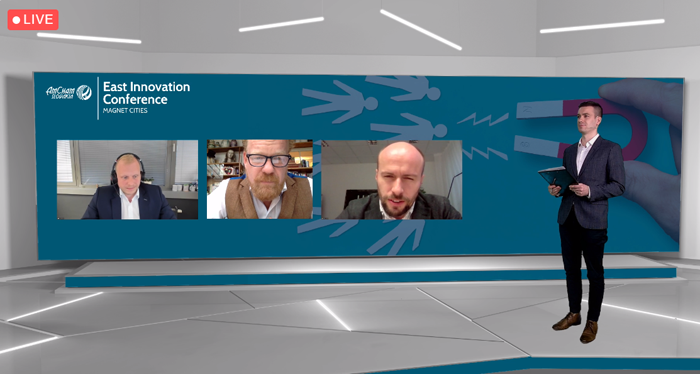