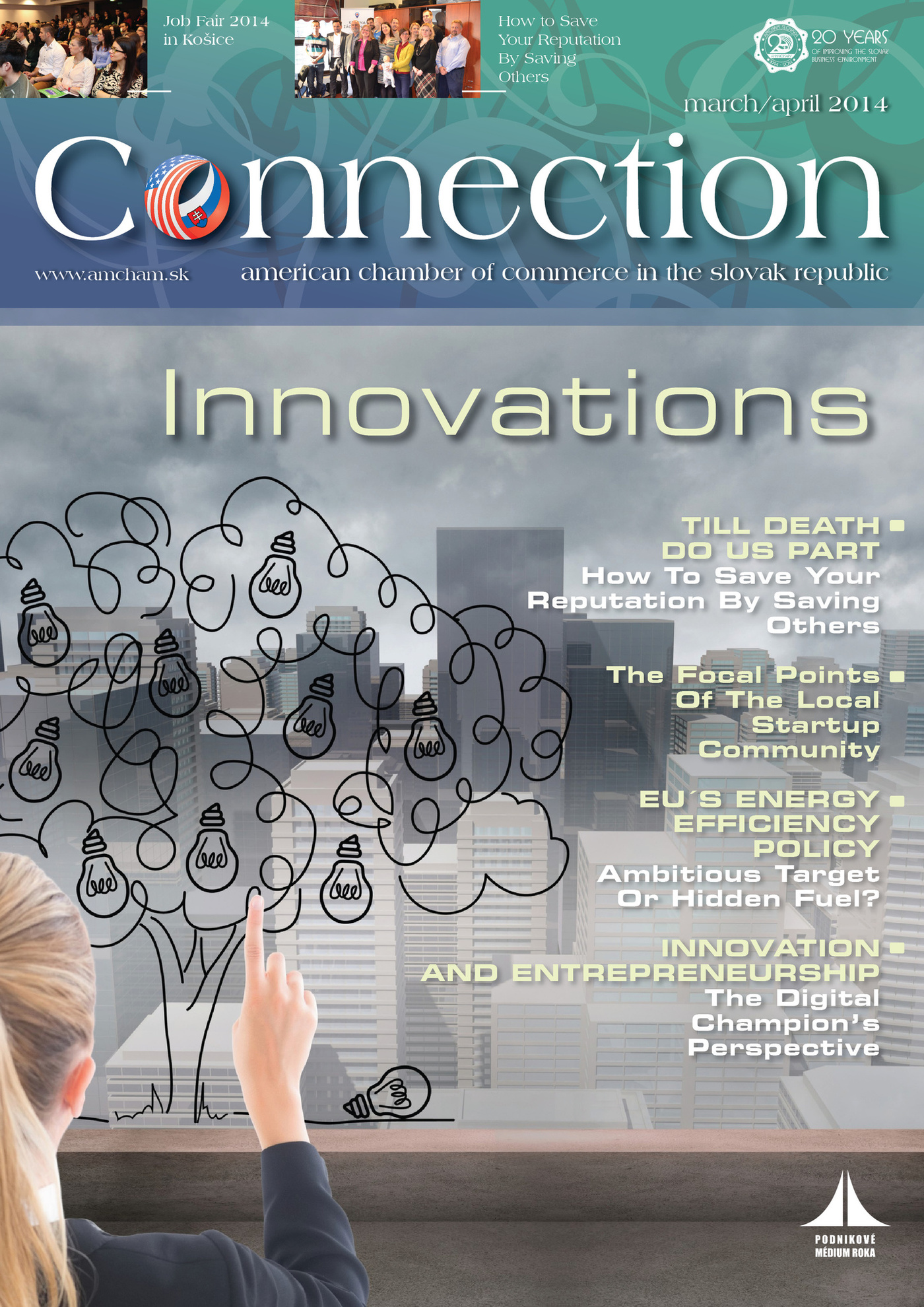 The focal points of the local startup community

Over the last few years, Slovakia’s startup community has grown both in size and scope. A whole support network consisting of coworking spaces, incubators, startup competitions, and investors has grown around it. We have also witnessed the first success stories. We spoke to two young men who are an integral part of this scene about the challenges that lie ahead.

Innovation in business is a catalyst for growth and affords better adaption to a changing marketplace, but when a new idea benefits an entire industry, the rewards are far greater. Slovak CEO Andrej Glezl is about to innovate the accounting industry, for the second time, with Datamolino.

Innovation is becoming a competitive necessity for companies, and should be delivering significantly increased revenue growth. If this is not the case, executives need to ask themselves what they could do to improve their innovation process. Our research shows that, over the last three years, leading innovators have grown at a 16% higher rate than those who are the least innovative.

An innovative environment – a step to growth

Innovation has become a part of our everyday lives. Contemporary innovations are most often conceived  through combining various things which do not have any apparent connection to each other. The latest global trends show that, to introduce new products or services onto the market, a suitably innovative environment is a prerequisite.

The role of intangibles in value creation

As result of its stability during the recent difficult economic times, the German economy is currently receiving considerable international attention.   The key element in Germany’s success has been the “Mittelstand” (German for mid-sized and family owned company) – the main driver behind the export industry and a low rate of unemployment.

Transforming the innovative potential of young entrepreneurs in Slovakia into tangible reality is the ultimate goal of several actors. We have approached Peter Pellegrini, State Secretary at the Ministry of Finance, and the Digital Champion for Slovakia, who told us more about the strategies aimed at supporting SMEs and startups, which will be implemented in the near future.

Along with the concept of supporting SMEs (Small and Medium Enterprises) covered by the Slovak Business Agency (SBA) from March 2014, pilot initiatives aimed at supporting the startup community and boosting the potential of the internet economy will be launched in summer 2014.

Till death do us part

Innovation has always been the key driving force in the pharmaceutical industry. But the golden age is gone: due to stricter regulations, expensive clinical trials and multiple safety tests, R&D costs have skyrocketed in recent years. The industry had to make a shift and look for new ways of farming innovation.

Growing energy dependency, the significant impact of energy costs on the EU´s trade deficit and insufficient national measures on energy efficiency are the most common arguments in favor of the new EU Directive on Energy Efficiency (2012/27/EU).

The replacement of old corporate lighting with modern, cost-effective LED can pay for itself through the savings made from a new, efficient lighting system.

Nothing else compares to biting into a steak that is juicy, tender, and tasty all at the same time. Research has found that there can be up to 340 different flavor substances in a steak, almost as many as red wine, which can contain up to 386. Now you can taste a diverse range of steaks, dry-aged in-house, in the newly opened D.Steakhouse.

O2 Slovakia – a corporation with a start-up mindset

When O2 Slovakia started to promote Telefónica´s start-up accelerator, Wayra, in the Slovak innovation ecosystem, we were pleased to hear that O2 is often referred to as one of the most successful start-up companies. And rightly so, as O2 entered an already penetrated market and we could only succeed by challenging it with innovative solutions and products.

According to the Harvard Business Review, innovation is the “secret sauce” of business success. Consulting giant McKinsey says that a company’s ability to innovate has become “...the core driver of growth, performance, and valuation.”

WordPress is a phenomenon which has changed the way that people look at internet publishing. During the last decade, it has evolved from a simple blogging tool into the most used system for website creation and management in the world. What is the secret behind its great success?

The latest amendment to the Copyright Act

The latest amendment to the Slovak Copyright Act fundamentally modifies the legal regulation of license agreements. This amendment simplifies the process of concluding license agreements and updates the previous rigid and formalistic approach.  The new regulation also takes into account the constant developments in the field of IT, including the use of computer programs, web content and smartphone applications. The amendment came into force on November 1, 2013.