Awakening the Tatra Tiger through innovation 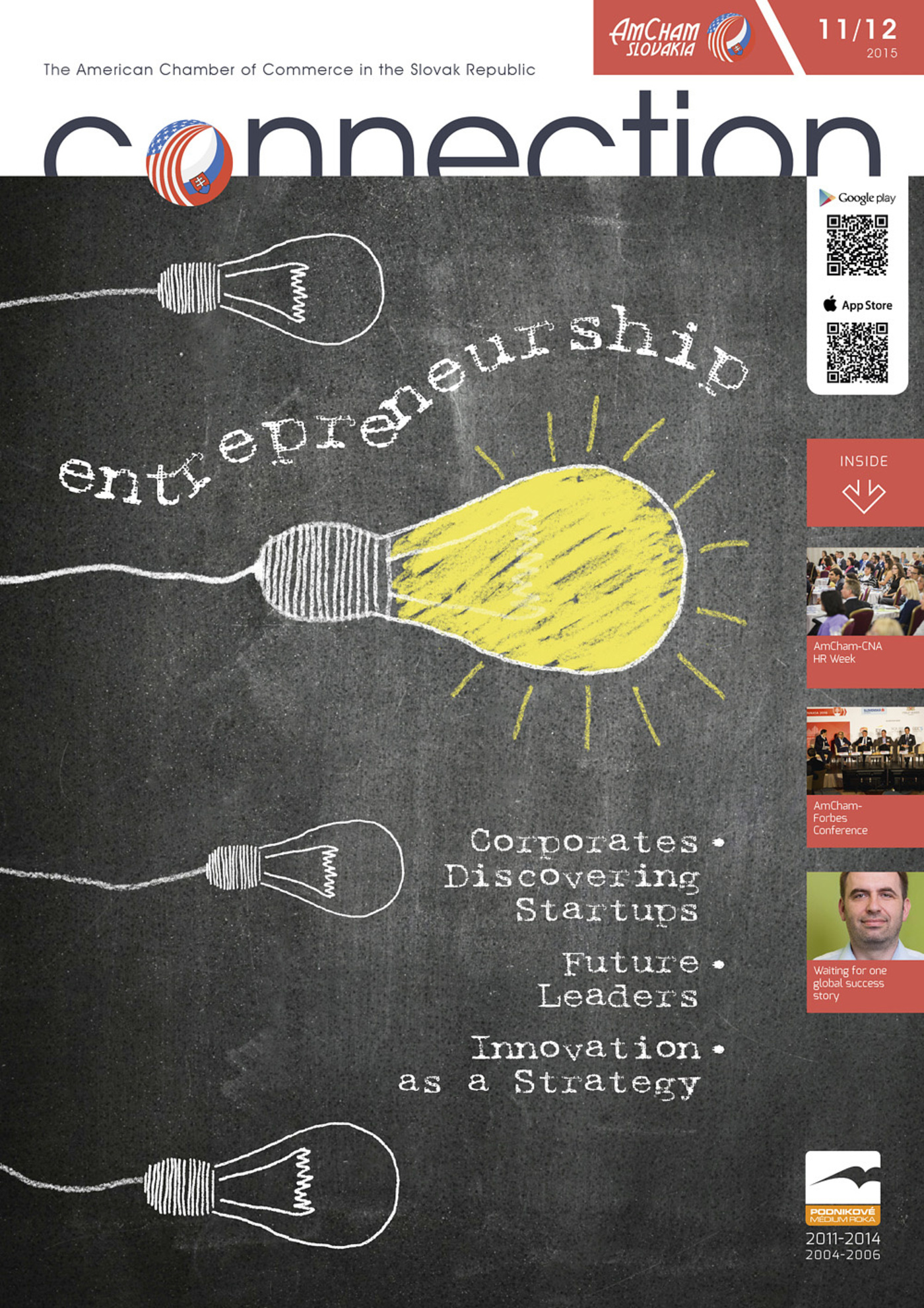 It is possible to do so rather quickly:  12 out of today’s 15 largest Silicon Valley companies did not exist twenty years ago.  And according to some projections, fifty percent of the devices that will be connected to the Internet in 2020 will be from companies and product categories that do not exist today.

Entrepreneurship and innovation are the keys to turbocharging today’s industries and unlocking job growth in the industries of tomorrow.  Rapid advances in data analytics, mobile computing, social media, and cloud computing have converged to become a transformative force on industries and will catalyze the creation of new business models and products.

So how does Slovakia capture some of that Silicon Valley magic to realize its full innovation potential and empower its entrepreneurs to make the Tatra Tiger roar again?

In our visits to Slovak universities, venture capital firms, and accelerator programs, we find that Slovakia has a robust innovation ecosystem with many of the right components in place, including different streams of financing for start-ups, clusters of innovation anchored by universities, and a strong technical talent pool. The challenge ahead is to grow and support this organically-developed ecosystem.

The European Commission’s 2015 Innovation Union Scoreboard noted that the most innovative countries have balanced innovation systems with strengths across all dimensions, including human resources, research systems, financing, firm investments, and entrepreneurship.  Slovakia’s smaller size relative to the global marketplace is often cited as a strategic advantage, as this can facilitate greater cohesion among the ecosystem’s different actors.  Furthermore, Slovakia’s smaller size inspires Slovak innovators and entrepreneurs to pursue a global outlook, with products that appeal to the international marketplace. And yet a 2014 KPMG survey identified a lack of cooperation between public and private-sector actors as one of the principal challenges that Slovak start-ups currently face.

The government has addressed business climate issues for entrepreneurs with a package of reforms passed earlier this year designed to cut red tape, make it easier to start businesses, and provide financial incentives for start-ups.  The U.S. Embassy supports this policy focus on fostering the growth of innovation and new start-ups.  However, the economic landscape will shift quickly as technology continues to accelerate the speed of innovation.  Governments that seize the initiative to improve their countries’ business climate will be rewarded at the expense of those that do not.

Slovakia’s entrepreneurs and investors also frequently cite the need for a policy and regulatory environment strictly governed by the rule of law and transparency.  Entrepreneurship is an inherently risky endeavor, as demonstrated by the fact that only one in ten investments in Silicon Valley actually becomes successful.  Consistent, transparent, and accountable government structures help entrepreneurs and investors better minimize risk and plan for the long term.

The Slovak government is working to address this issue through its anti-corruption Action Plan derived from the Rule of Law Initiative, a joint effort undertaken by AmCham and thirteen other business associations.  Progress on this plan is important to the long-term success of Slovakia’s innovation ecosystem.

A country marked by strong rule of law and transparency not only reduces risk for entrepreneurs, it can strengthen public confidence that government will pursue the right policies to create a level playing field.  Transparency in governance will also promote cohesion and cooperation among the many actors within Slovakia’s innovation ecosystem, as the private sector becomes more confident in the intentions and capabilities of government.

Slovak tech entrepreneurs often mention Estonia, the “tech start-up nation” with a population of only 1.5 million, as a model for Slovakia.  It is no coincidence that Estonia also happens to be the least corrupt and most transparent country in the Central and Eastern European (CEE) region.

We not only want Slovak start-ups to similarly flourish, but we want them to feel inspired to mentor the next generation of Slovak tech pioneers as well.  According to a recent KPMG study, over half of Slovak entrepreneurs are interested in relocating their start-up to another country, with the majority citing a desire to access new markets and customers.  This study echoes what President Kiska and Foreign Minister Lajčák heard first-hand when leading a visit of Slovak entrepreneurs to Silicon Valley in 2014.

Slovakia’s entrepreneurs and innovators deserve an innovation ecosystem that capitalizes on their unique talents and nurtures their boundless ambitions.  Many aspire to “make it big” on the global stage.  Based on the breadth of their vision and their pursuit of excellence, I am confident that many of them will, with some moving their operations to more established tech hubs.  However, if the government leads the way in building a cohesive innovation ecosystem marked by rule of law and transparency, we can be confident that those entrepreneurs and innovators will continue to re-invest their success in Slovakia.