Anti-bribery and corruption: non-compliance has a cost

Corruption continues to corrode the global economy and if Slovak enterprises want to remain competitive, they need to have adequate and efficient anti-bribery and corruption (ABC) compliance programs in place. Not having them could have many negative impacts including lost opportunities to draw new foreign investment, or the loss of competitive edge. There’s a lot at stake. 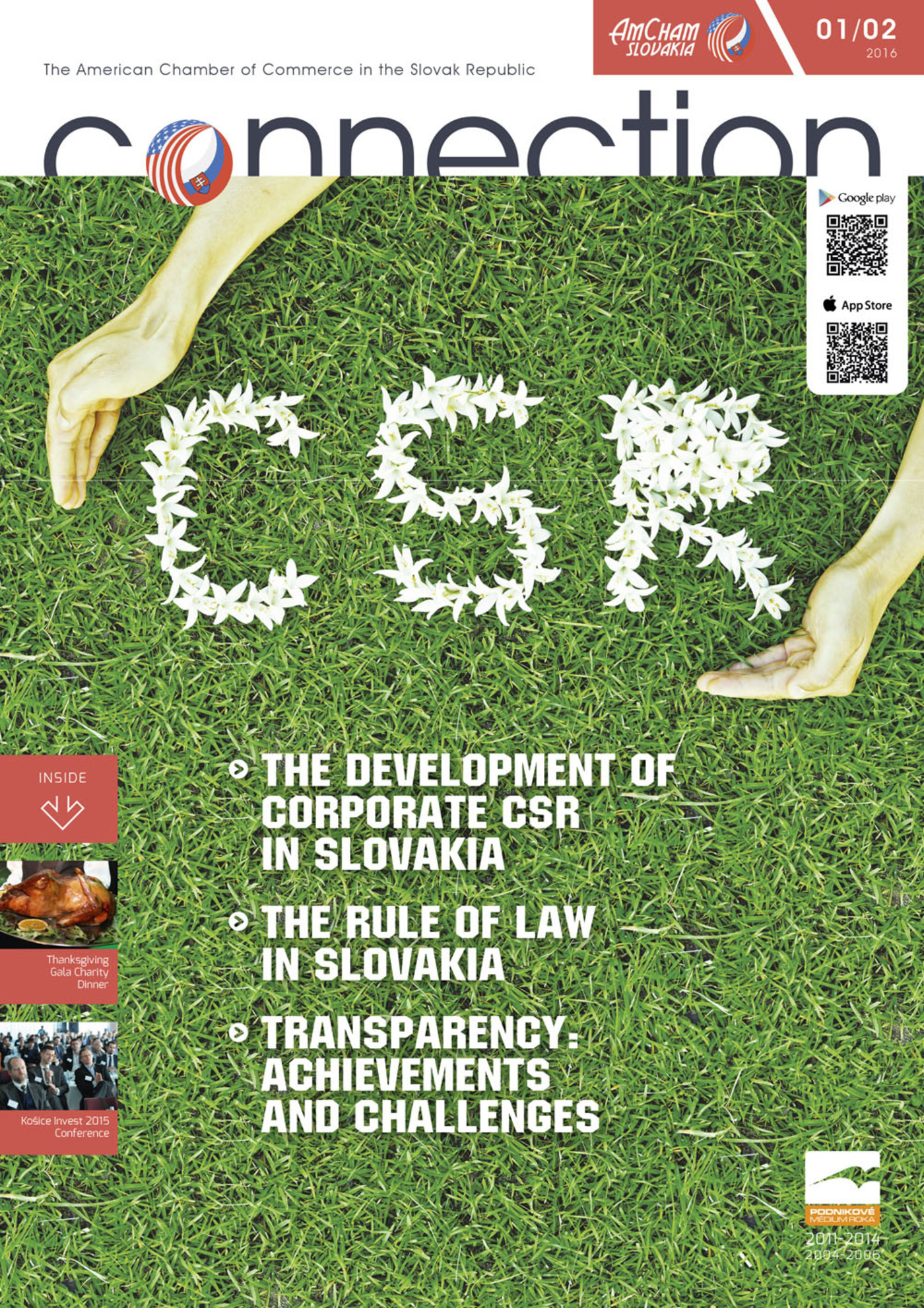 In 2013, the World Bank estimated that the amount of bribes paid worldwide totaled USD 1 trillion. This is more than ten times the GDP of Slovakia. Anti-corruption legislation adopted by the US (Foreign Corrupt Practices Act) and the UK (UK Anti-bribery Act) remain key drivers in fighting corruption worldwide and has an extensive impact on many Slovak entities. As a signatory of the OECD’s Convention on Combating Bribery of Public Officials, Slovakia has undertaken to take certain steps and fight corruption. The recently implemented so-called whistleblowing legislation is one of them. However, the general enforcement of obligations is lagging behind expectations.

So, if you want to do business with UK-, and US-listed companies, you need to demonstrate that you have active compliance programs in place in order to secure business with these entities. Counterparties that have strong enforcement expect our companies, regardless of their role (suppliers, customers, agents, etc.) to have an acceptable degree of enforcement. Local entities are being told: if you don’t have a compliance program in place, we’ll find someone else to do business with that does have one in place, because that protects us in our dealings.

Secondly, foreign investors have started to evaluate a target company’s ABC compliance program during the due diligence process. For investors from the US and the UK, pre-acquisition procedures are no longer just limited to financial and legal due diligences. There is increasing demand for pre-acquisition ABC procedures to be performed on target entities in the CEE. M&A deals are sometimes scuppered by the fact that the ABC due diligence turns up negative findings. “We’ve been involved in several cases where a foreign investor has engaged us to perform an ABC due diligence on a local target, on a CEE company, to look at the level of compliance with ABC legislation, training, etc.,” recalls Jimmy Helm, Head of KPMG Forensic in CEE. “Foreign investors have walked away from the deal during this phase because the outcome of the review has raised red flags and highlighted risks that have been perceived as too high,” Helm added.

Key challenges of compliance programs
What are the key challenges CEE companies face with their programs for combating corruption and bribery? According to the latest 2015 Anti-bribery and Corruption Survey  conducted by KPMG, the top five challenges are as follows:

Knowing your business partners is crucial
Seventy-one percent of the CEE respondents of the KPMG ABC survey stated that their companies have a formal ABC compliance program in place, but only a minority communicate their policies and procedures to third parties.

These respondents clearly acknowledge the problems in managing third-party risk, but only 56 percent of CEE managers assess this risk. Moreover, 35 percent of ABC survey respondents that do have a formal process to identify high-risk third parties, indicated that they have right-to-audit clauses in their contracts with third parties. Further, only 13 percent of those with such clauses have actually exercised such a right.

In summary
Although it may require some investment, setting up ongoing monitoring allows issues to be identified and addressed whenever they occur. Having identified the risk, the next question for the company is: what controls does it have in place to mitigate the risk of bribery and corruption? A starting point would be evaluating whether appropriate enterprise-wide controls such as policies and procedures are in place, whether they are communicated regularly throughout the organization and whether appropriate training is provided in this regard.

People are very often the best control measure against misconduct and irregularity. It’s not enough to have a training session with a static set of slides once every three years. Make it a living part of the day-to-day operations of the company – bring it into the corporate culture and keep on communicating it! And make it interesting! Compliance is rarely perceived as an exciting area. But there are ways to make the topic attractive to your employees and business partners. That is why we use games and apps with our clients to help them communicate business ethics principles at their firms.