Name game: putting a price on a company´s brand

Valuing a company brand demands a complex mix of art and science that can produce wildly differing estimates. Although difficult to measure and heavily influenced by public opinion, the brand and its value remain of critical importance for every company. 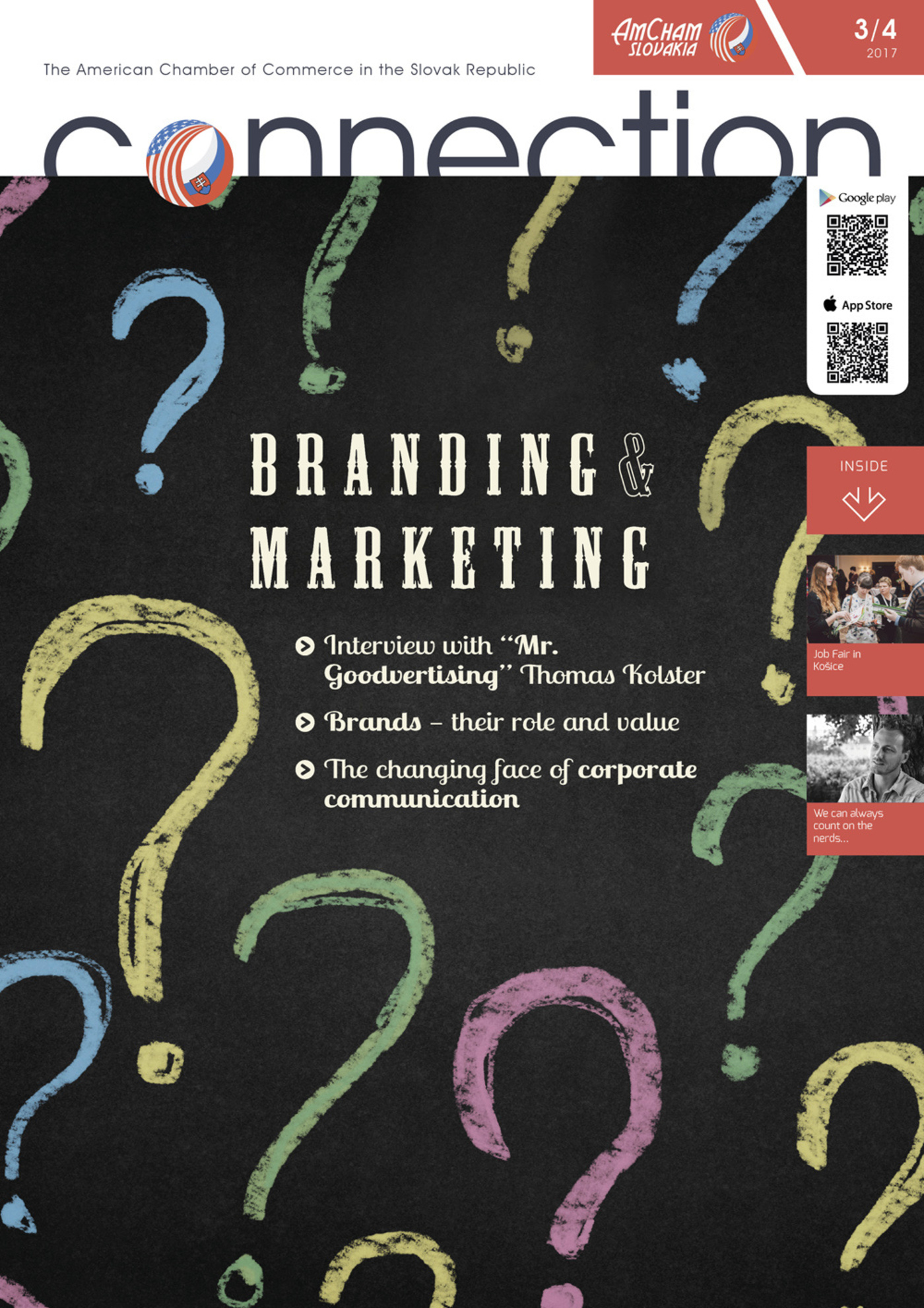 Trends in brand names come and go. In recent years one-word names have become popular – Google, Apple, Amazon, Nike, eBay, Orange, and so on. It’s a trend that is still going strong, with the need for a snappy URL likely to be one of the drivers. Of the top 100 global brands, 65 have one-word names, 16 use acronyms and the rest have two-word brand names, such as Land Rover or Harley-Davidson.

The trend isn’t exclusive to consumer brands. A few years ago, Big Four audit firm PricewaterhouseCoopers became PwC, and more recently Ernst & Young rebranded as EY. Companies are increasingly dropping geographical names too as they target global markets. British Airways became BA, while British Sky Broadcasting recently dropped both “British” and “Broadcasting” from its name to become simply Sky. Meaning doesn’t necessarily figure in the search for a new name; connotation or multilingual “pronounceability” may be more important. Accenture, for example, is currently 44th among the top 100 brand names and worth $9.9bn.

In 1998 Larry Page and Serge Brin changed the name of their creation – now the world’s leading search engine – from the not-so-catchy BackRub to the rather more memorable Google. With the power of hindsight it’s easy to see what a smart move that was, and arguably one that helped the brand become a household name worth billions of dollars. It’s hard to imagine a brand called BackRub commanding such a price tag, or becoming a verb as “google” has. But then again, just 16 years ago, google just meant the number ten raised to the power 100. Today, Interbrand and Brand Finance’s 2014 surveys estimate Google’s value significantly above that, at $107.43bn and $68.6bn respectively.

The example illustrates the pace of change in brand names and their fluctuating values in today’s fast-moving business world. But despite the growing importance of brand equity – the value of a brand – a globally standardized approach to measuring brand value has yet to be developed.

Measuring up
That hasn’t stopped the proliferation of brand value surveys, none of which fully reveals the metrics behind its brand value calculations. However, despite the disparities, the studies do agree on one ranking – that of Apple at number one, although valuations differ widely. “Apple and Google’s meteoric rise to more than $100bn is truly a testament to the power of brand building,” Jez Frampton, Interbrand’s global Chief Executive Officer, said when announcing the 2014 results of his company’s survey.
Brand valuation is a complicated art rather than an established science, although certain methodologies are now widely accepted when it comes to measuring, comparing and contrasting brand values over the years.

When identifying the 100 most valuable brands each year, Interbrand says it examines three key aspects: financial performance, influence on customer choice, and brand contribution to earnings. Brand Finance applies one of three different measurements: market approach, costs approach or income approach, but typically uses the latter, which estimates the value of future income attributable to the brand and expresses this as a net present value.

Trigger event
With so much value attached to a brand, why do companies choose to change their names? One of the biggest name changes of recent times came towards the end of 2014, when BSkyB, as British Sky Broadcasting was commonly known, announced it was losing ‘British’ and ‘Broadcasting’ from its name and rebranding simply as Sky. BSkyB was itself a product of the merger of Sky Television and British Satellite Broadcasting 25 years ago.

Jeremy Darroch, who remained CEO after the rebranding, said that the name change completed the company’s transformation into a pan-European, paid-for TV business following the £6.88bn buyout of BSkyB’s sister companies in Germany and Italy.

There must, of course, be a clear case for a name change, with mergers and takeovers being the most common and understandable drivers. Sky says it dropped the word “British” to reflect its pan-European target market and the word “Broadcasting” to reflect its migration from a pure TV company to a multimedia one.

“During a merger, brand is crucial to ensure confidence and support among existing employees and clients,” says Matt Morris, director of Carr Consulting & Communications, who worked on the 2013 rebrand of Quilter and Cheviot Asset Management as Quilter Cheviot. “They want to know the firms are stable. It also allows the firm to instill a new and fresh image of what the company must stand for.”

Disasters, particularly public relations ones, can also trigger a rebrand, helping a company to distance itself from bad publicity. But rebranding doesn’t guarantee the business will be saved.

The most well-known PR gaffe was made by Gerry Ratner, founder of jewelry retailer Ratners, who described his own store’s goods as “total crap” to a 5,000-strong business audience at an Institute of Directors conference in 1991. Ratner’s description wiped £500m off the value of the company, forced stores to close and led to his summary dismissal from the board before the chain was rebranded as Signet Group.

I got a feeling
People’s emotions and perceptions are one of the most important factors influencing brand values and turn what might otherwise be a science into an art. Brands are vulnerable to fluctuations in value because they depend so heavily on public opinion.

For example, in brand value surveys when consumers are asked to price a particular car, they may place different values on, say, Volkswagen, Ford and Mercedes marques, even though the same car is used in the survey with just the badges changed on the bonnet. In each case, the brand is seen to be worth around 10% of the retail value of the car. “It’s a highly emotional decision either in consumer or B2B brands,” says Paul Hague, founder of B2B International, a business research company.

The decline in popularity of Nokia is a little more complex but ultimately boils down to emotion. Nokia failed largely because it underestimated the importance of software on smartphones, but once the business had started to slide downwards, perception took over. In 2009, Nokia was considered one of the most valuable brands in the world, claiming the fifth spot in the Interbrand survey with a value of $35bn. In its 2014 survey the Finnish brand had fallen to 98th position with a value of $4.1bn. Like a see-saw, as Nokia’s brand value went down, so Apple’s rose. In 2009 Apple sat at number 20 in the survey with a brand value of $15.4bn. Five years on, the company was considered the world’s most valuable brand, worth $118.9bn, according to Interbrand’s 2014 study.

To truly assess the value of a brand, a company has to be sold, and buyers and sellers will inevitably differ in their estimations of value placed on a brand for obvious reasons. “One of the challenges boards face today is the faster pace of change made possible by new media. Technology stocks are very vulnerable to that change. But cars, for example, are too. In the past those transient changes were slower and you could handle brands better,” Hague says.

Brands today aren’t as resilient as they once were. Consumers are less forgiving and, ironically enough for technology businesses, technological advances and mass media mean that shoppers are much better informed, more quickly. That applies to business-to-business brands as much as to consumer brands. Even though there are difficulties in measuring brands accurately since the value of a brand is merely a promise delivered and that can change overnight, it is clear that brand value can have a major impact on a company, and may even ultimately sound its death knell.