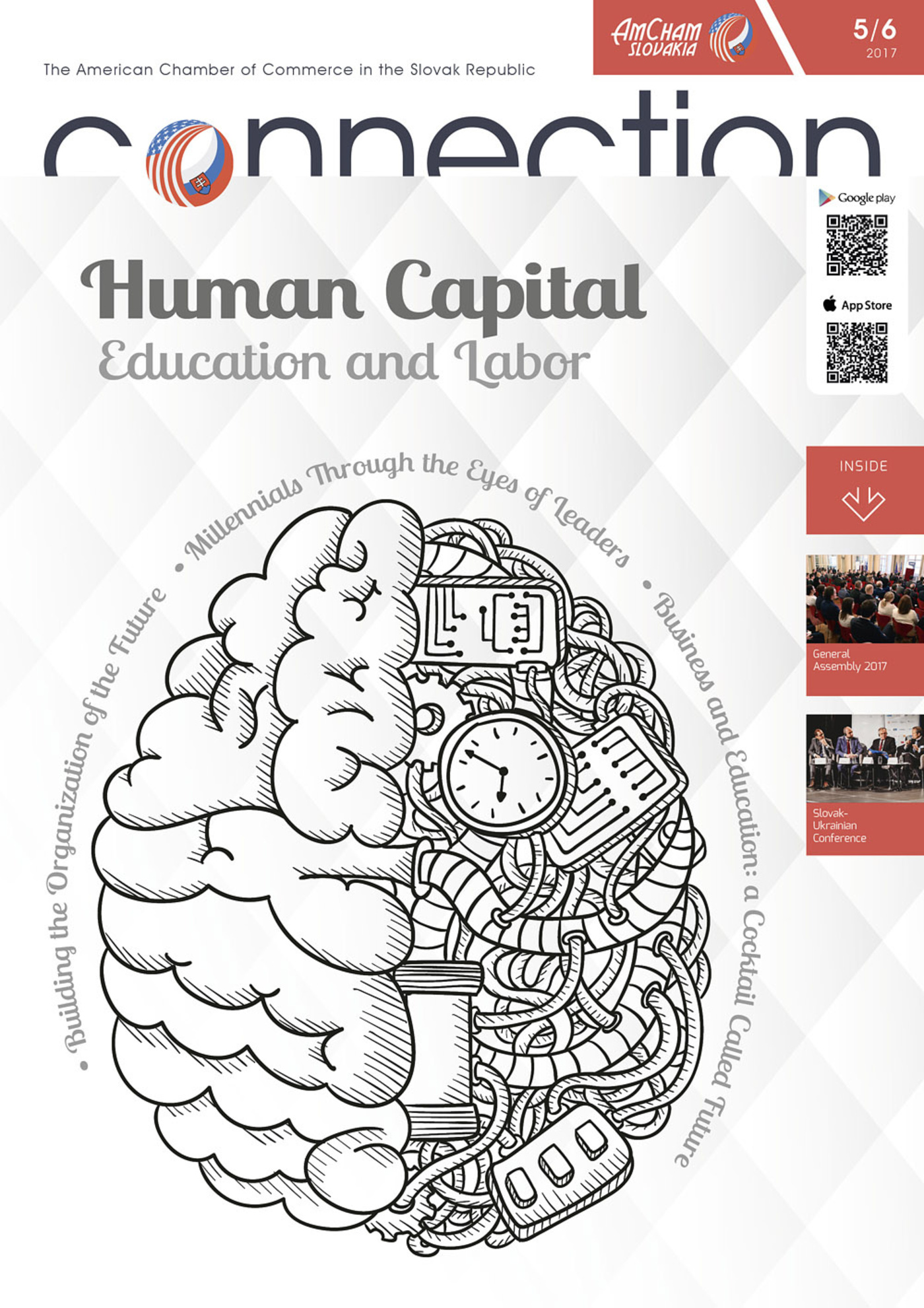 Slovakia is developing economically. Many companies want to extend their production, but they are facing the limit of a lack of skilled people for their plans. Is the solution at the university level or at the level of secondary vocational education and training? Or perhaps at the primary schools level or even lower? It seems there is general agreement, not only in the business community, but also more widely, that the Slovak educational system needs reform. The last attempt, called “Millennium”, adopted by the Slovak government in 2000 for the next 15-20 years is now over. Probably these were the reasons why the Minister of Education, Peter Plavčan, shortly after the 2016 national elections, formed a team of experts and gave them the ambitious task of preparing the biggest reform of education in the last 25 years. The team was formed without consideration to political affiliation, and I had the privilege to be one of its members.

Building the organization of the future

We are living in an age of disruption. Technologies such as artificial intelligence (AI), mobile platforms, sensors, robotics and social collaboration systems have transformed the way we live, work, and communicate. Dramatic changes in digital, economic, demographic, political and social landscape are the main reasons. This is why 90% of HR and business leaders rate building the organization of the future as their highest priority in the 2017 Global Human Capital Trends report “Re-writing the Rules for the Digital Age”.

The impact of digitalization on HR

Digitalization is being adopted by HR at a slower pace than in other fields. HR processes sensitive data, which must be protected properly. Computerization has resulted in advanced data processing systems and digitalization is making this data visible thanks to advances on the Internet and web apps. What is the benefit and role of digitalization in HR and recruiting?

Do you live to work or work to live?

Work-life balance is an ever-present concern in our ‘always-on’ mobile and digital age. According various surveys, work-life balance is the second highest reason, behind boredom with a role, for someone leaving a job. This is why companies are increasingly turning to strategies such as flexible working schemes as a way to attract and retain talent.

We live in dynamic times as regards the local and the global economy. This is also true for companies. Companies are frequently changing their place of business, being acquired and merged. Such changes often lead to redundancies. Fortunately, for those who have been made redundant, there is a service that can help them cope with dismissal and re-start their careers — outplacement.

Today, many employees, especially in IT and consultancy services, request a partial or total homeworking regime as part of their working conditions or in certain periods of their life. Even though the law has enabled such regime for quite a long time, the practical consequences and related legal implications of certain aspects compared to “normal workers” are still not quite clear. Let’s take a look at the pros and cons of the homeworker’s regime under Slovak law.

Millennials through the eyes of leaders

Millennials have been a much discussed topic in recent years. We wanted to know what motivates them. What are their strengths and weaknesses? Since this generation is now taking up leading businesses positions, we decided to speak to them and share their opinions with you.

Everything you need to know about tailor-made apparel

What is the magic in a tailor-made garment and what should we take into account when taking our style to the next level? Marek Liso, the director of Marco Mirelli who built the sector in Slovakia, has the answer.

During challenging times, it is often not the amount of resources that determines whether or not a place can successfully solve its problems. The real difference can lie in the quality of its leaders: those who know how to innovate and effectively manage available resources can help the place overcome its challenges.