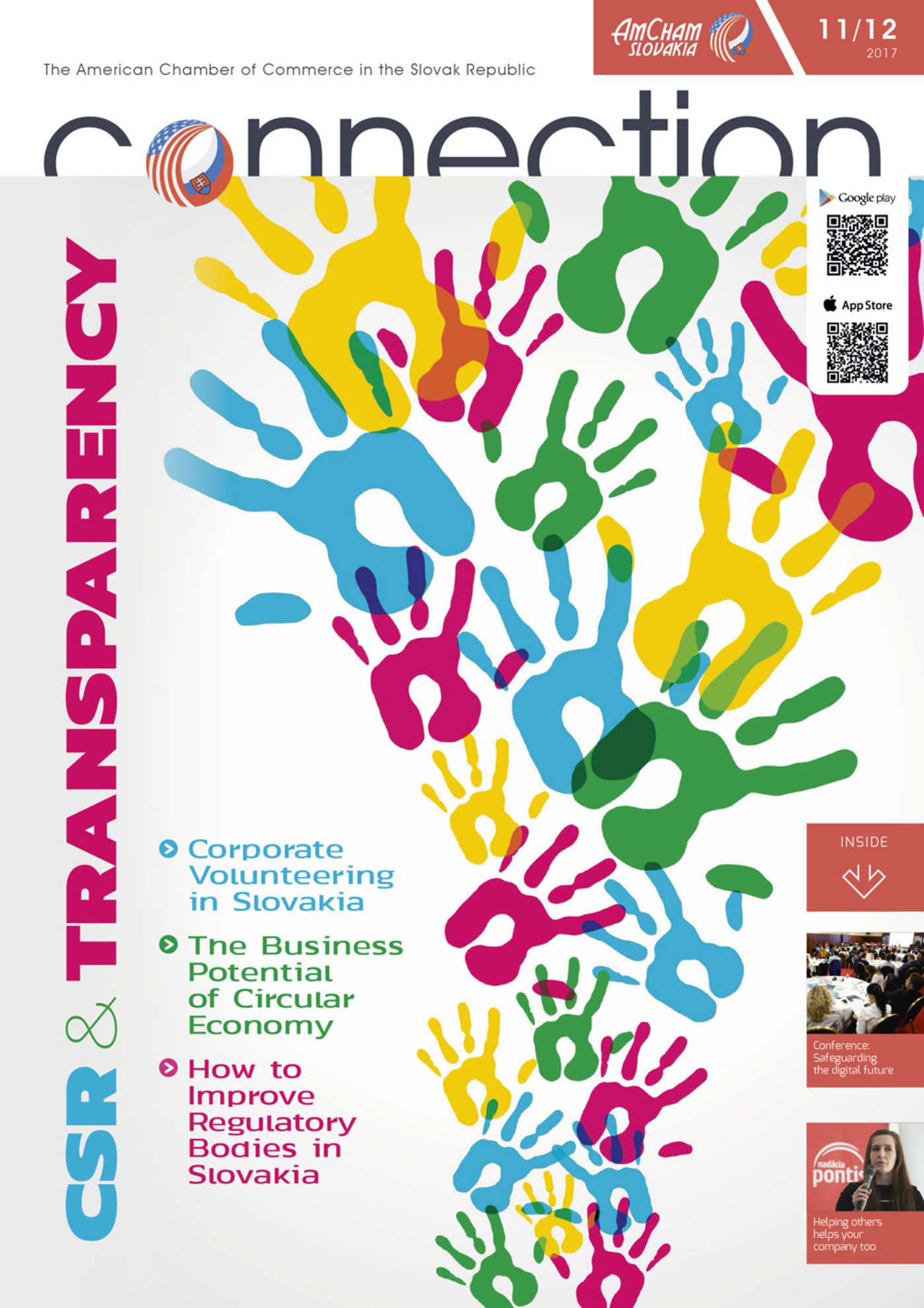 Helping others helps your company too

People have always felt the need to belong – to be part of something bigger than themselves.  That is one of the reasons why communities were formed. They act as a kind of social glue that keeps us together. Solidarity and loyalty, the opportunity to change the world around us and meet new people, the appreciation of collective effort – all of those factors turn communities into a magnet for talented people who want to escape the hectic individualism of the modern world. This is a fact that companies are constantly becoming more aware of. For them, working with the community works as an excellent tool to improve the society around them, but it also brings the company economic advantages and serves as an effective way of attracting talented young people.

How to improve regulatory bodies in Slovakia

Regulatory institutions are part and parcel of any market-based democracy. They increase the oversight over both public and private institutions, guarding the interests of citizens as voters and consumers. Building independent and respected regulatory institutions has proved a rather difficult task in Slovakia. Half of the leaders of these institutions so far have been elected based on their party affiliation and social connections rather than expertise and widespread reputation.

EY Corporate Responsibility unites us as a company

This year EY held its 10th Community Day in cooperation with Nadácia Pontis. This is one of the ways in which our employees live up to our purpose – “Building a better working world”.

AmCham Slovakia has for long been a strong advocate of principles such as transparency and expertise in public policy making. Together with its partners in the Rule of Law Initiative, a wider business coalition of 14 employer’s organizations, business associations and chambers of commerce, AmCham has been continuously stressing the importance of these principles and their implementation in practice.

Cybersecurity has lately been much debated in Slovakia as cyber attacks on organizations operating critical infrastructure could have fatal consequences for the whole of society. The number of cyberattacks has been growing every year, due to the increased professionalism of attackers.

More and more companies are beginning to integrate sustainability principles into their business models as they realize the potential to make processes more effective and add value. Ivana Maleš, co-founder of the Institute for Circular Economy, is among the biggest advocates of sustainability issues in Slovakia. Besides her professional interest and experience she also writes a popular personal blog about the zero waste lifestyle. Her current mission is to spread the ideas behind the circular economy to households, municipalities, as well as companies.