The Slovak EU Presidency in the Shadow of Brexit

When we initially approached Zuzana Gabrižová, Editor in Chief of EurActiv.sk, we discussed an interview about the priorities, opportunities and challenges of the Slovak EU Presidency. However, the British referendum dramatically changed the entire context of the Slovak EU Presidency. Brexit has raised many difficult questions and it seems that it will take some time to find the answers. We talked about the immediate impact on Slovakia’s role during the next six months, as well as the possible long-term consequences for the European project. 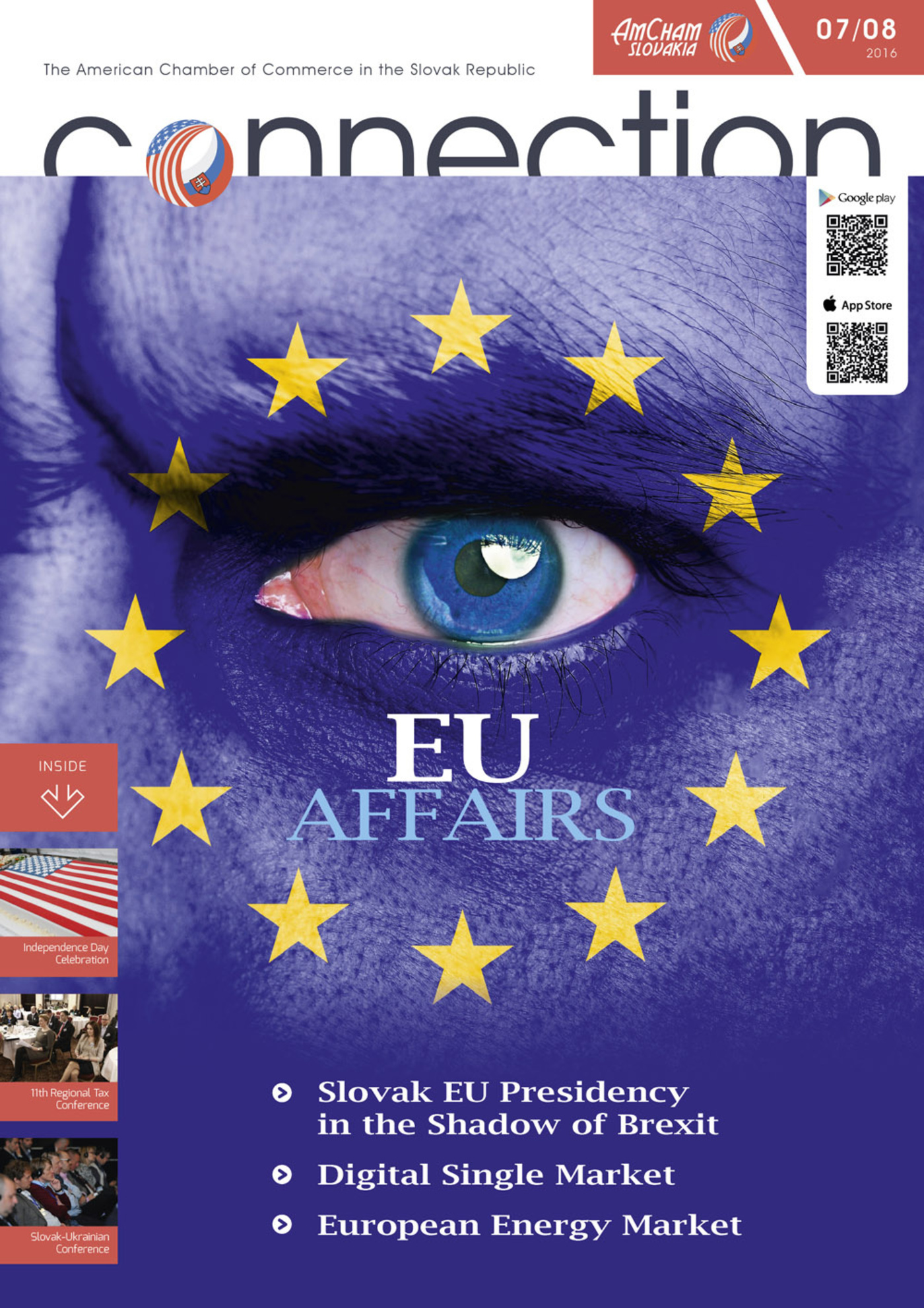 Is Slovakia ready for the upcoming EU Presidency?
As ready as the country can be, in the sense that it is clear which dossiers within the “regular” EU agenda will be on the table and which next steps should be taken with given legislative acts. Slovakia has followed the everyday work and progress of the Dutch Presidency very closely, so the handover should be quite smooth. At the end of the day, it will come down to the personal negotiating skills of Slovak diplomats and ministers.

Technical and logistical preparation is another aspect that seems to be on track, with the considerable exception of the recently announced Bratislava summit in mid-September, which will definitely be a challenge but also an opportunity on many levels.

How will Slovakia’s role be influenced by the results of the British referendum?
The good news is that when it comes to the legislative workload, this will actually lighten, since there is no need to bring the February deal with the United Kingdom into life via secondary legislation. That could have been a sensitive issue as it tackled the limitations of benefits for EU migrants working in Britain.

But the good news stops there. Slovak officials have been quite blunt in saying that if Britain votes to leave, nobody will really care about the Slovak Presidency. That might be true to a certain extent. Politically, much of the energy will dissolve into accommodating the new situation. It remains unclear how intensively can the Presidency be involved in the shaping of the European consensual mandate in the actual negotiations with the UK. As the situation stands now, they may start in autumn. It is also unclear who will be the dominant player in those discussions – the Council or the Commission.

Apart from this process, Slovakia operatively volunteered to stage the informal Summit of EU27 in Bratislava. It should give the platform for deliberations on the new “post-Brexit” vision for Europe. Slovakia also aims to coordinate within the V4 and to position this grouping as a leader of the EU countries that joined in 2004.

What are the possible scenarios for the future of the European project?
That is the big question of these days. I do not think we can afford ourselves the luxury of a prolonged reflection period. The thing is that on the, let’s say, “empirical” level, we know fairly well what does and what does not function within the EU. So the Bratislava summit will be an exercise to test how much the shock of Britain leaving has moved the boundaries of what is acceptable politically. Is it the strengthening of the Eurozone, which has become even more synonymous with the EU as such? That appears to be one of the major ways of thinking, although it’s far from being unanimously accepted.

There are still eight Member States that are not part of the single currency area and many of them quite reluctant to join, including three out of four Visegrad countries. Compared to similar discussions we had ahead of drafting the Constitutional Treaty, later transformed into the Lisbon Treaty, this is not a battle about the finality of the European project, but rather a way of keeping it operational and able to deliver. Any change of the Treaties is being ruled out at this moment; there is still no appetite for that and for good reasons.

Some commentators interpret Brexit as the beginning of the end, while others see a chance for a change which could result in a stronger and better functioning EU. Which of these is more likely?
The thing is that it may go either way depending on how the European leaders handle the situation. Much more than before, now it is not only about how successful they are in imprinting their views at the European level, but also how they approach their domestic audiences about that. That might be more problematic in some countries than others. Especially if Germany and France face general elections next year and the political map of Europe is being constantly redrawn by national elections which will, of course, never change.

How do you perceive the priorities of the Slovak Presidency and to what extent do they lose relevance in the light of Brexit?
The priorities very much reflect the overall priorities the EU institutions have agreed on at the beginning of the current political cycle, that is when the Juncker Commission came to office. This means that the priorities are not the result of a very creative process. But that was never the idea, because the presiding country needs to keep track of the overall direction of the EU´s legislative process, beyond the scope of a single Presidency. Thus the priorities are as relevant as they were the day before the British referendum.
The migration crisis is not affected by it, the need to strengthen the Eurozone is not affected by it, the climate and energy policies are not affected by it, nor is the need to stabilize the Eastern neighborhood. Perhaps only the issue of enlargement has gained a weird momentum with the first EU country actually leaving.

Several voices from the diplomatic community have expressed concerns regarding Slovakia’s potential to unite Europe on the migration issue. What do you expect in this regard?
They have and that comes hardly as a surprise given Slovakia’s track record in this issue. Internally, it is a challenge. On one hand, the government does not seem to be substantially backtracking on its hardline position. On the other, it is very much aware of what is expected from the presiding country in terms of being an “honest broker” and does not crave for a full-fledged diplomatic failure.

The game plan seems to be to prioritize those aspects of the relatively wide migration agenda where consensus can be found. If the EU cannot find common ground on every aspect, it certainly cannot be blamed on Slovakia only, but there might still be a shadow of suspicion that the Presidency does not give the utmost priority and effort to the burden-sharing element of the migration agenda.

The Presidency also offers a huge opportunity to improve Slovakia’s image abroad. How to achieve this goal?
It depends on what do you see as in need of improving. I rather doubt that it will have a huge effect in terms of promoting Slovakia as a tourist destination or something of a broader PR effect. Yes, there will be a specific group of people coming to Slovakia, mainly for work purposes. They will be exposed to Slovakia as such, its products, culture, which is fine, but this is not really the point and is something of a must-have in terms of protocol.

Internationally, there will be more attention paid, but not so much to the presiding country as such. The focus will be on what the country is doing or planning to do in its managerial role, as well as what it is not doing, and the effect it has on a specific EU dossier. If we manage to pass this test without a significant drawback there might be some praise and gain of political capital that can be “cashed back” later on, but let’s not expect from the Presidency something it is not able to deliver.