Slovakia among top destinations for the SSC sector 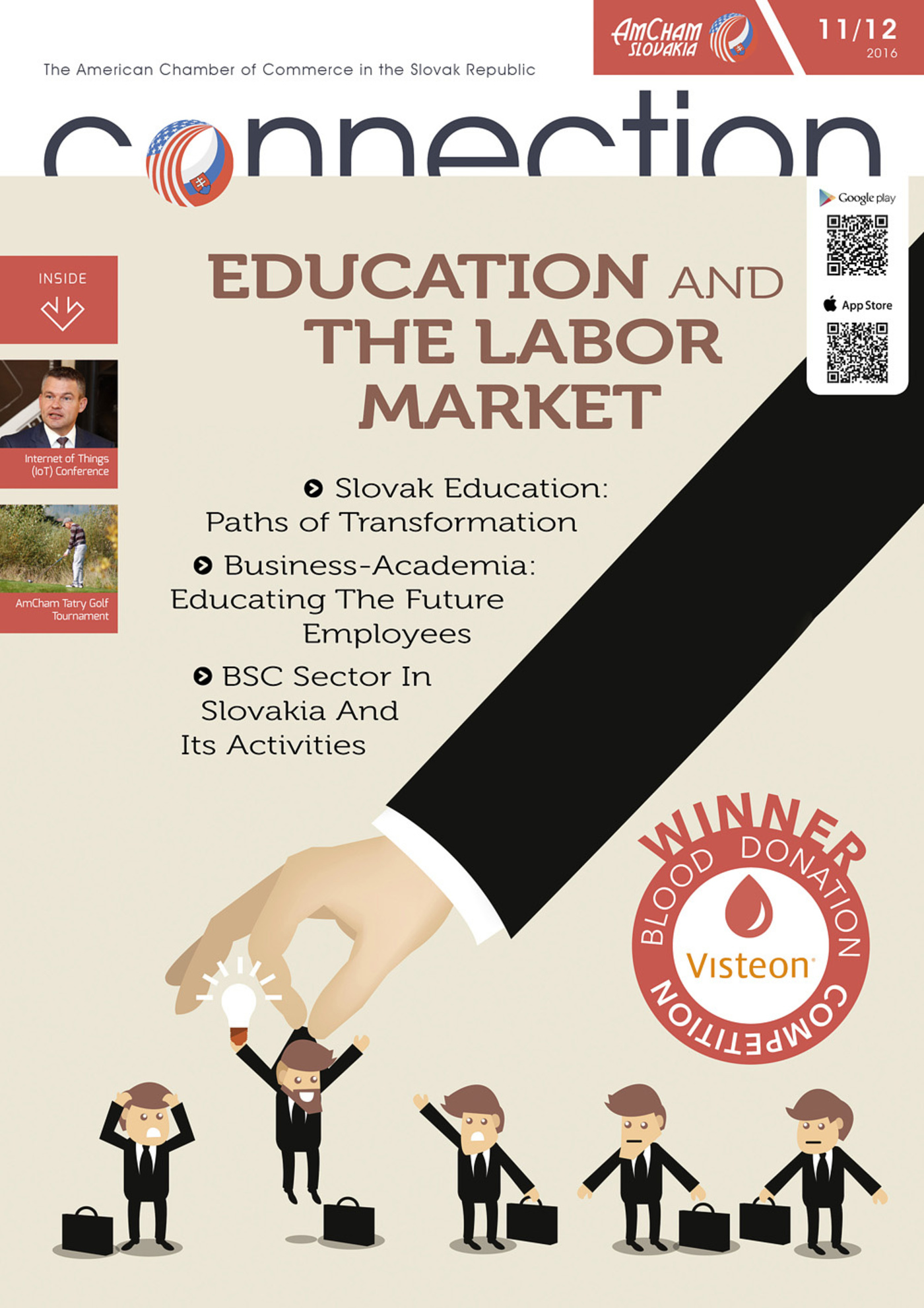 What is the role of SSC/BPO sector in the Slovak economy?
I regard the SSC/BPO as one of the most dynamic sectors of the economy with a long-standing potential for boosting employment in Slovakia. At present, more than 48 SSC/BPO centers operate across Slovakia, out of which 31 are located in Bratislava, nine in the western region of the country, five in the east while the Považie region hosts three centers. Our SSC/BPO survey was conducted in Q2 2016 with the participation of HR managers and professionals from 38 companies across Slovakia with core business in the SSC/BPO sector.

What criteria play the key role in the decision of foreign players to enter the Slovak market?
In general, the decision to enter the Slovak market and establish a support center here is based mainly on the availability of skilled labor and a convenient location, while labor costs are also taken into consideration. The favorable geographical location of Slovakia as a country in the center of Europe with good infrastructure is a major advantage. Language skills of job applicants, the business environment and political stability represent other significant factors in the decision making process.

The SSC/BPO survey called attention to a 10% year-on-year increase in the number of employees in the sector. Could you elaborate on that, please?
In comparison to the study from 2014, we have registered an increase of 5000 new jobs, representing roughly a 10% year-on-year growth, which copies the overall trend in the sector also in the surrounding countries. Slovak SSC/BPO sector now employs over 30,000 people, out of which as much as 90% are aged under 30.

The most significant portion of the above increase has been a result of the expansion of the existing centers. As for the distribution of the employees, the regions are represented heterogeneously: more than 23 thousand workers in the sector are based in Bratislava, representing over 78% of the total. The SSC/BPO sector registered an employee turnover of 12.3% in 2015, what represents a 2.7% decline against the findings from 2014.

Can you provide us with an overview of the most recent trends in terms of employers’ requirements on job applicants?
Shared service centers look for candidates with a combination of language skills. English is regarded as a matter of course, at least at the B1/B2 level; this should suffice to manage internal communication or trainings in English. Fluent knowledge of yet another European language is often expected as well with German, French, Italian, and Dutch being the most preferred languages. English and German is currently the most sought-after language combination in the segment.

However, recent trends demonstrate that SSCs are showing a rising interest in candidates with relevant experience, while the importance of another foreign language (besides English) seems to be declining.

How do employers motivate their staff?
Based on survey outcomes, we could conclude that financial remuneration and good relationships in the workplace are the key incentives for employees in this sector. Companies make efforts to increase employee engagement primarily through the training portfolio, education, and individual approach combined with positive feedback. Support of internal rotation is getting into the forefront as well as a possibility of career advance.

What development do you foresee in the SSC/BPO sector in Slovakia?
We anticipate further growth in the Slovak SSC/BPO sector. The existing centers will continue to focus on improving their internal processes and their effectiveness as well as on continual work with their internal talent pool, which will be of key importance for team stabilization and embracing of new functions. There is a great likelihood that the existing centers will increasingly often face the challenge of specific departments being moved to other countries. More and more, we tend to encounter the opinion that the CEE shared service centers are used for centralization of processes and increasing of their efficiency while the processes are subsequently shifted to the more cost-attractive locations or outsourced altogether.