A State with a user-friendly interface

I am pleased and honored to have the opportunity to comment on the topic below and share with you my perspective of what I believe to be the pillars of a good society, with the subtopic of the current issue being “the rule of law and transparency in Slovakia.” The journal’s thematic focus makes it slightly more challenging for me to write an editorial with a fitting punchline at its end. “The pillars of a good society” form a very good question and the subtopic is the best answer to it. In my understanding, globally, any good society is based on justice, rule of law, and a strict regard for transparency. In both areas, Slovakia has a lot of catching up to do. 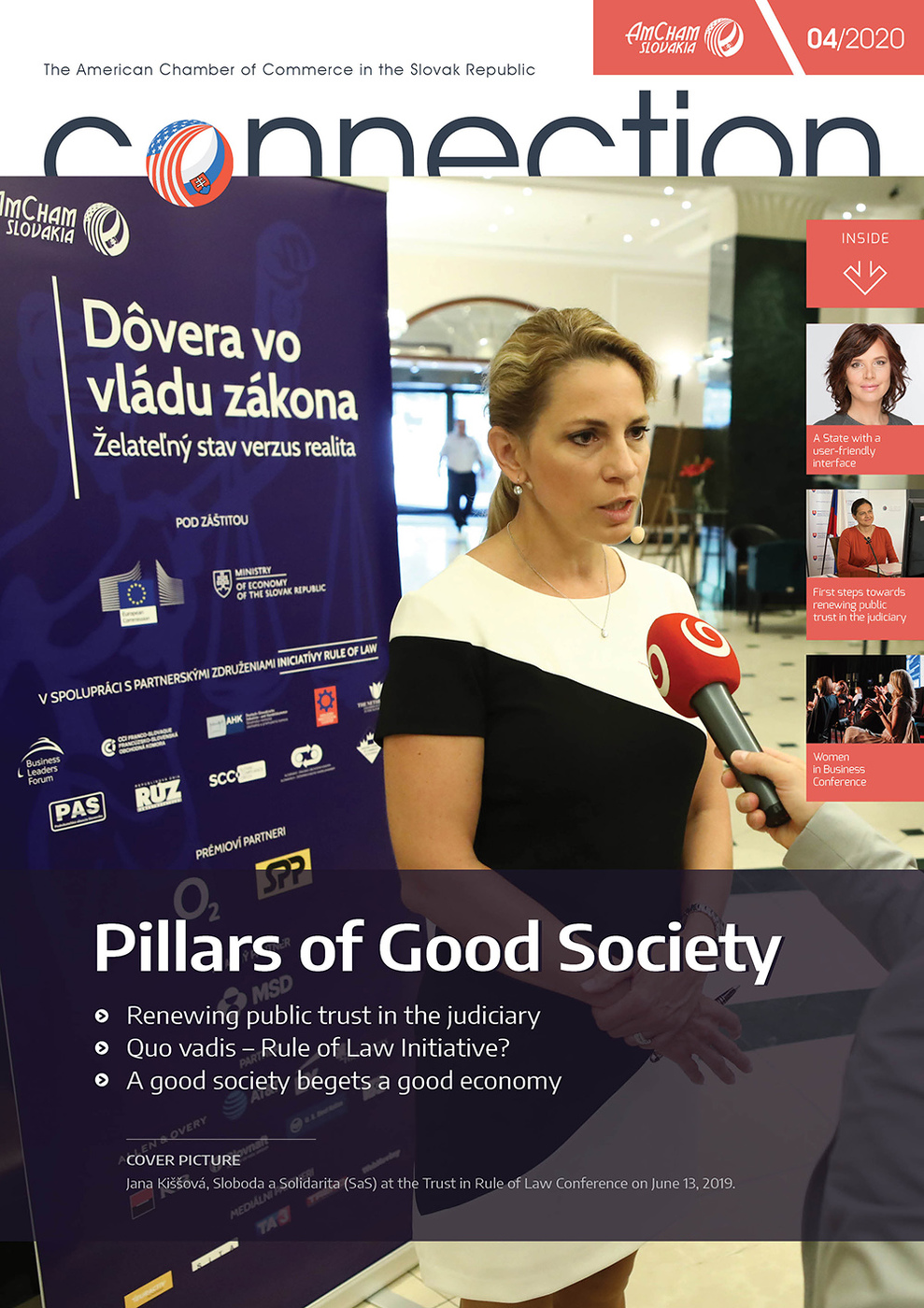 The Ministry of Investments, Regional Development, and Informatisation of the Slovak Republic is framed as a neurological node of the changes for a better Slovakia. And it is transparency and faith in justice that must be present in all the changes that the ministry envisages to bring about in the years to come. Our starting line is not easy. However, the only way to success is setting clear, transparent, and fair rules and limits. They are the best barrier to mistrust or doubt that usually accompany change.

In Agreement with Justice
If we truly want modern Slovakia to make headway, we must put an end to phenomena that make the country gasp for air. We have no other option. The DNA of each and every action must contain elements that Slovakia is in dire need of today, i.e. transparency and justice. In this case, the meaning of justice is more than being “in accordance with the law”.

The most notable difference between being “in accordance with the law” and justice is seen in the use of EU funds earmarked for the development of Slovak regions. Let us be absolutely honest here. In Slovakia, the State has a gigantic debt vis-à-vis its numerous regions, towns, and communities. Even now, the State pays a horrendous price for that in the form of frustrated people who live in the regions. The same applies to entrepreneurs who create jobs. I am not only referring to the less developed districts or to matter-of-fact “luxuries,” such as access to water supply or sewers. 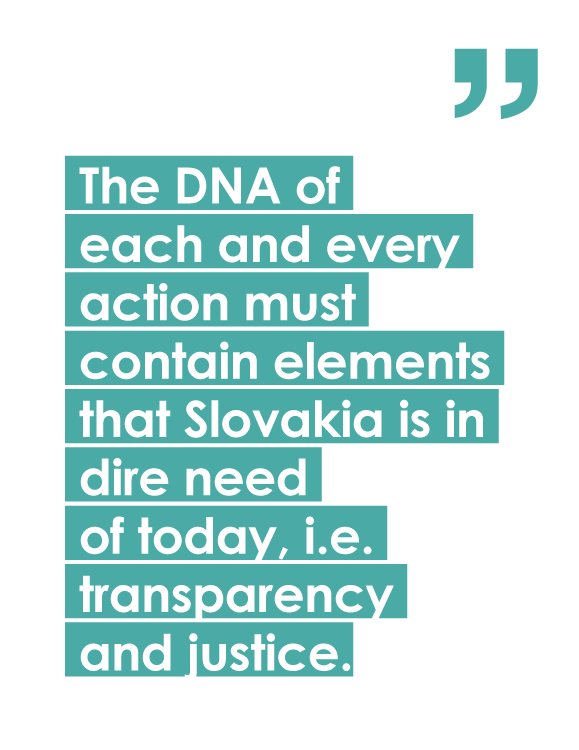 The Partnership between Self-governance and Entrepreneurs
In the past, the investments into infrastructure, in measures boosting the level of the citizens‘ comfort, jobs or in other vital areas, way too often observed the map of political preferences and election results. Non-transparent and unfair rules ensured the smooth operation of a system popularly known as “our people to our people for our people.” Although everything was in accordance with the law, one could hardly speak of justice. The people, businesses, and self-governments in the overlooked regions were mindful of the feeling of injustice.

That is why today we are still working on the decentralization of the drawdown of EU funds. Whereas in the past it was the ministry that took decisions, today, our intention is to transfer the decision-making competence to the regions, to partnership councils, to decide on a significant portion of EU funds. The councils that operate across self-governing regions are made up of the representatives of regions, local governments, entrepreneurs, and non-governmental organizations. The ministry will only set up processes and be instrumental in the disbursement of funds.

However, with respect to EU funds, our ambition is to add yet another important dimension to transparency and fairness, and that is simplicity, however, not just in the regional development context. The great difficulty with the disbursement of EU funds is an excessive red tape, which often deters applicants and takes a lot of effort. It goes without saying that it expands the scope for possible corruption or unnecessary or pointless spending. We need to simplify the drawdown of EU funds and make it more efficient.

Stability and Fairness
Transparency and clear rules of the game are also an existential necessity for domestic and foreign companies that have invested in Slovakia or plan to invest in the country. It is probably pointless to write here about the importance of doing business in a stable and fair environment. It is no longer possible to continue two-tier enterprise promotion, i.e. to make a distinction between “our” businesses with the door always open to them, and the “remainder”, for whom it is challenging to rationally collaborate with the government. 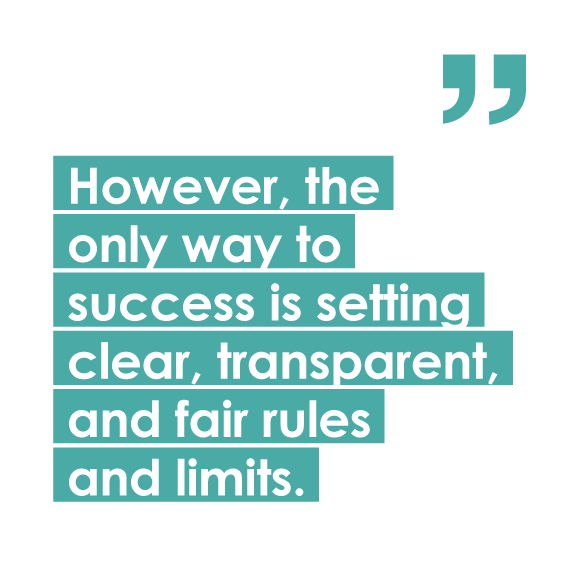 I am positive that a healthy business environment is the cornerstone of sustainable economic development. Setting transparent and fair limits, especially with respect to the disbursement of EU funds, a transparent system setting for employers and employees will help many times more than ad hoc support which distorts the competitive environment. This is our big task and I hope that we will succeed.

Law enforcement is a separate issue and although it does not fall within the remit of the Ministry of Investments, Regional Development, and Informatisation, rest assured that we are in regular contact with the lady minister of justice and we recognize the weightiness of judicial reforms especially in the context of the sub-topic of the current issue, i.e. the rule of law.

The State in a smartphone
And last but not least, a lot has to be done to catch up in the field of information society. The current state of play may be compared to a situation when the office simply migrates to the web. If the country is to run smoothly, we are bound to change the perspective and transform an office into a service for citizens. 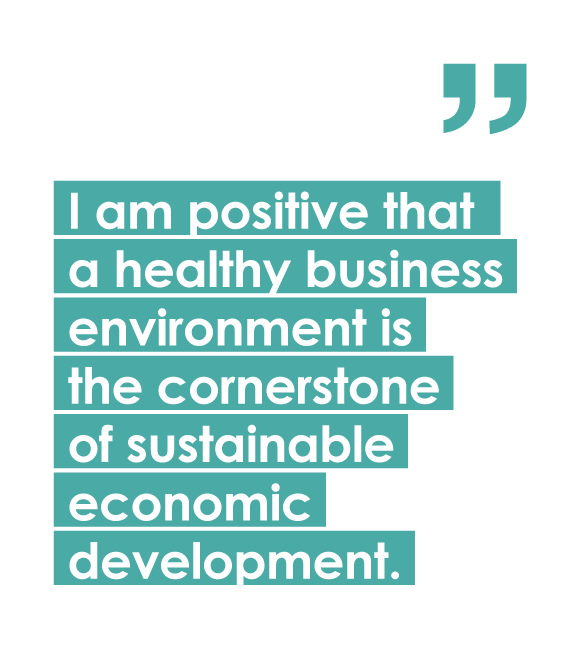 The ideal solution is fitting the whole State safely into a cellular phone. There are examples around us proving this is doable, whether it be countries like Estonia or the services of private companies that have managed to migrate their services to the digital space and enhance the comfort of their clients, save their time, efforts, and money. Likewise, where there is a clear system, the scope for corruption is narrowed down as well as for favoring some individuals over others. This is in the interest of us all.

Having said that let me go back to the very beginning of this editorial, namely, to finding an answer to the key question of this issue: What are the pillars of a good society? The pillars are justice and transparency in every action undertaken by our ministry. Once clear and open relationships based on fair principles are established, a State with a user-friendly interface for all its citizens comes on the scene.

Veronika Remišová, Deputy Prime Minister and Minister of Investments, Regional Development, and Informatisation of the SR 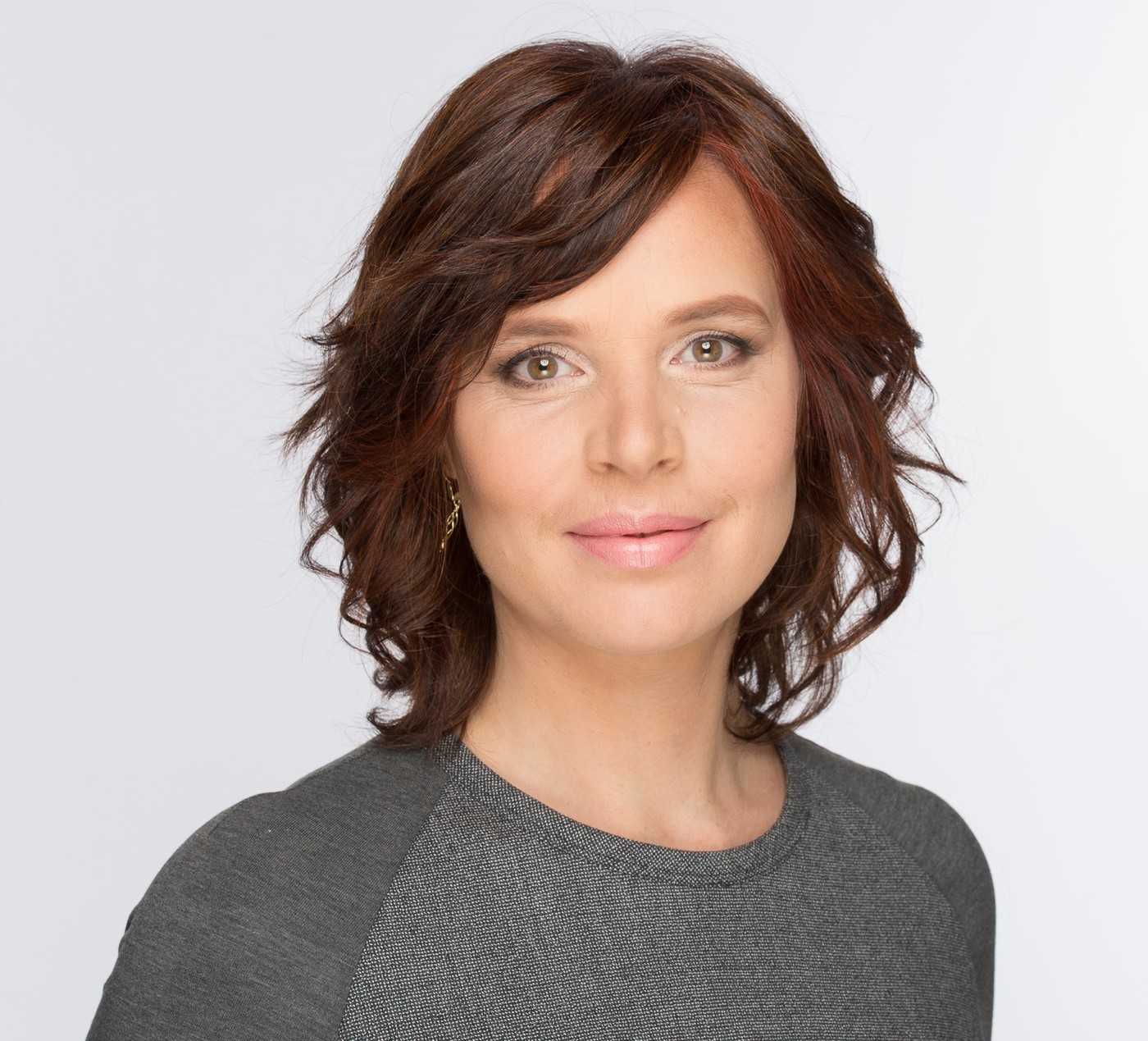