Is employment of disabled people a CSR activity in Slovakia?

Do you enjoy good health? This can change in an instant. What would your life be like then? Besides family and friends, employment is one of the lynchpins of your life. 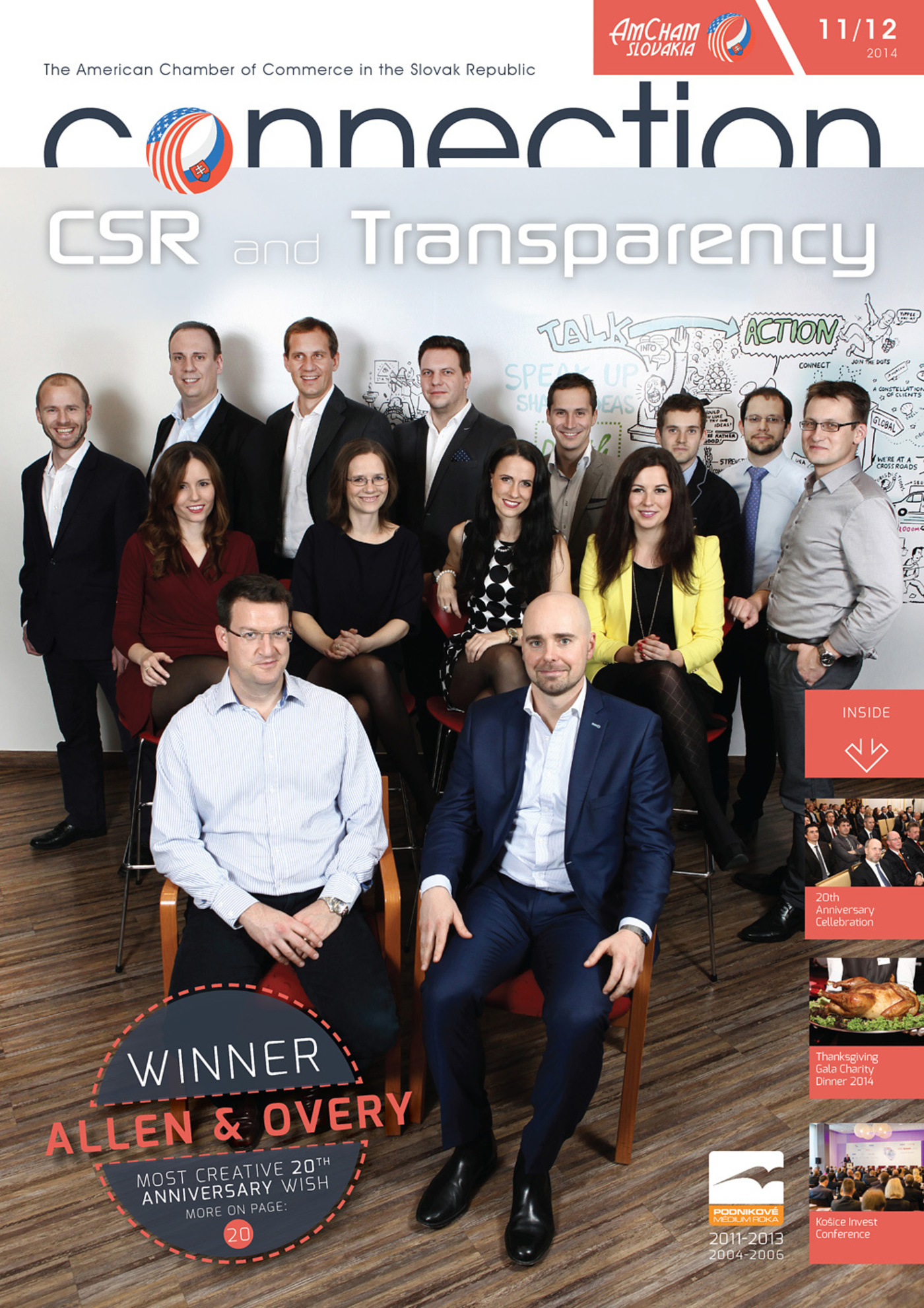 In 2013, the Social Insurance Agency granted 19,769 new disability pensions to people with musculoskeletal diseases (around 25% of all reported illnesses in 2013), malignancies (15.7%) and mental illnesses and behavioral disorders (15.3%). Last year, Slovak psychiatric clinics recorded around 80,000 new patients suffering from work stress. The World Health Organization estimates that depression and cardiovascular diseases will be the world’s most frequent diagnoses in 2020.

Data from the Social Insurance Company shows that people with disabilities (PWDs) make up 8.52% of the economically active population. The income of disabled pensioners is, in most cases, limited to their disability pension and characterized by a restricted access to stable employment. According to the Statistical Office of the Slovak Republic, the pension received by a person with a partial disability in 2013 was €193.45 per month (compared with a subsistence wage of €194.58).

According to available statistics, as of 31 December, 2013, seven out of ten adult disabled people are economically inactive and are not part of the labor market. The Employment Services Act 5/2004 established an obligation for organizations with more than 20 employees to employ PWDs. Details of the fulfilment of that obligation, based on figures published by the Central Office of Labor, Social Affairs and Family (2014), are given in the table.

In practice, this means that it is financially more advantageous for employers to pay the compulsory levy (on average – two months total labor costs for a PWD) rather than paying wages to a PWD and making additional expenditures on adapting a workplace for PWDs. It is also easier to pay the levy than invest time in selecting an appropriate sheltered workshop and documenting the contract with a sheltered workshop under the so-called “Alternative Performance” for the Office of Labor, Social Affairs and Family (UPSVAR). In addition, there is also an extra time burden connected with the accounting and the recognition of the alternative performance as a legitimate expense.

The most recent available data on the performance of the obligation to employ PWDs from the Central Office for Labor, Social Affairs and Family are for 2012. Around 12,000 employers with 1.2 million employees in total had an obligation to employ PWDs. The 3.2% share of mandatory employment of PWDs at these organizations amounted to 38,000 PWDs in 2012. For example, in 2010 (most recently available reliable statistics), around €4.5 million of compulsory contributions were paid to the state budget by companies which did not fulfil their obligation to employ PWDs (in comparison, this amount was €12 mil. in 2005), while around 650 employers had arrears in such contributions of a total of €1.7 million.

At the end of 2013, there were 7,300 registered sheltered workshops and workplaces in Slovakia. These provide services or manufacture products and had a total of 20,480 employees with disabilities. According to our findings, employers in Slovakia are interested in entering into contracts with sheltered workshops to receive their goods or services and we believe this positive development can be expected to continue in the future. It will be necessary to build on this positive trend while applying the principle of social solidarity, as the less economically viable sheltered workshops employing PWDs with severe combined, physical or mental disabilities will otherwise not be able to succeed in the competitive environment of the free market.

Finally, the question must be asked whether it would not be better for the state and for the companies – and the PWDs themselves – if the compulsory approach which obliges employers to employ PWDs or pay a compulsory contribution was replaced by an incentive-based approach. Such an approach should include the following: a significant increase in the existing tax and social benefits for employers who employ PWDs in the open labor market and the establishment of new tax and levy bonuses for businesses which introduce an intermediate labor market, inclusive employment, internships for students and public procurement with a social element (contractor’s obligation to sub-contract sheltered workshop for a part of the contracted performance). Creating a common platform on the basis of a cross-sectorial and transnational strategic partnership for PWD issues which links entrepreneurship with social responsibility is a necessity for the future employment of PWDs and disadvantaged jobseekers.