The regions need to redefine the way Slovakia is governed

He has spent the last few years analyzing the problems in the regions and addressing them at the national level through meaningful policies. He has been pointing to a lack of interest in the regions dealing with the most difficult issues, but also to the fact that these regions need to start from themselves in order to make a successful transformation, instead of just relying on financial help from the outside. Anton Marcinčin offers his take on these difficult topics based on his experience in the position of the Government Plenipotentiary for Underdeveloped Regions.

From your perspective, what are the most pressing problems in the least developed regions?
Problems that rank highest among the problems they encounter? A lack of voice, an inability to solve their problems by themselves, no representation at the national level. Can you imagine that Slovakia would not be represented in the EU and would not be allowed to take decisions, including on spending? This is in my opinion the primary source of other problems, like a lack of well-paid jobs, poor opportunities for spending leisure time, and so on.

Although Slovak economy has been posting very good numbers in the past few years, the positive effects are very slow to show in the least developed regions. Why is it so?
Because there is almost no reason why they would. We became used to talking about aggregate figures, but we know little about income distributions, about the size of groups of winners and losers. We only know that in comparison to other countries of similar size and economy, in Slovakia the capital owners get much more revenues than wage earners. Furthermore, it is evident, that many large investments that were attracted by cheap and low qualified labor brought very little benefit to Slovakia and the regions.

How do the people who work and live in these regions perceive their situation? Do they see the potential within their own region or are they demoralized and reduced to just passively waiting for help from the outside?
One group of people is gone. This  is something that returns especially Eastern Slovakia into the history of one hundred years ago. Another group continues living there, but works abroad – men, women, parents. This is not ideal for families, especially if it takes too long, right? People employed in public service – hospitals, schools, offices – form another distinct group. And then you have another group, made up mostly of poor Roma people, who live from day to day, taking jobs or inactivity as they come. But the overall picture is optimistic – smart people live everywhere, they are active, have their businesses and jobs, although, perhaps, are more cautious. Life in Košice, Prešov and other cities can be much more interesting, satisfying and wealthier than in Bratislava, which is becoming terribly disorganized.

Are foreign investments still glorified as the only possible solution?
Very often, although their popularity may be declining. However, the picture seems to be mixed – there are some FDIs that get more subsidies and attention in media, especially for their faults, and there is a large number of other FDIs of perhaps generally less familiar brands, but well recognized in their business circles, which are doing a really good job in the respective communities. So, indeed, we often faced a simple request – bring us FDI, we do not need anything else. Our answer was that FDI would likely be fine, but locals are also smart enough to do business and generate jobs, especially with a little help from the government. Now it seems that the debate in the regions is shifting. They want more research and development to become competitive and prosperous. This is a good sign of self-confidence.

How would you describe the current level of cooperation between the government and the regions? To what extent does the government treat the situation in the regions as a priority?
In my opinion this is a sad story and we need to change it radically. First of all, there is no representation of regions in the Parliament – speaking from my own experience, as an MP in 2010-2012 I was held accountable only to the party leadership, which was mainly controlled out of Bratislava and one or two other regions. There was no direct link between my activities and any particular region, which, I believe, was wrong. It separates politicians from real life and real voters.

Secondly, regions have no representation in the government. There is little coordination of the activities of ministries, which act independently of each other. Their individual policies may look and even actually be excellent; however, when they are realized in a particular region, they may not be coherent. Coordination lacks between the government and the eight regions; the regional governments’ priorities and attentions are inadequate to their perceived importance. The same can be said about coordination between municipalities and the government, while the role of governmental district offices has recently started to redefine.

As a result, the government and the political parties are rather separated from the real needs of the regions, creating a group of “socially and politically abandoned”, which is scary because – as smart people say – it leads to extremism. Well-minded people in Bratislava often think that regional development is about sharing our prosperity, giving the poor a part of our bread, but that is a complete misunderstanding. We are talking about investing into poor regions to maximize the growth of each part of Slovakia, hence, the growth of Slovak economy. It is not charity, it is economy. If we have smart people, and they are everywhere, with a bit of governance and money we can generate prosperity; easy, isn’t it?

As for the money, the government visits poor regions once a year with the respective region receiving a million euro for seemingly useful, but not productive activities, and often even less money as a regional contribution for job-generating projects. Although poor regions enjoy positive discrimination, our Supreme Audit Office found little correlation between the size of received regional investment stimuli and the level of development of the region. Above all, we need to use  EU funds more carefully and in line with their original goal – to help poor regions invest in their endogenous growth.

When it comes to these subsidies - are they too low to have any real impact or are they just inefficiently managed?
It is not a given that countries find their way to a reasonably good model of governance, which generates sustainable and inclusive growth. There are well governed wealthy countries but there are also poorly governed poor countries. So it is not trivial. Perhaps the reason is that the process is technically complex and, furthermore, has its winners and losers. And potential losers could be more powerful, than potential winners. That is why I believe that active participation is the key; regions need to redefine the way Slovakia is governed. It is not an act against somebody or something, it is just a natural consequence of  Slovakia’s evolution and progress, and it is something absolutely positive.

When it comes to these subsidies for the least developed regions - are they too low to have any real impact or are they just inefficiently managed?
Regional contributions are low, they were meant to provide some quick start money, but some of our bureaucrats have transformed it into slow, slow money. Regional investment stimuli are better, EU funds are even better, but their regional and purpose distribution seem to be random to some extent. Plus there are policies that hinder regional development, like suppression of agriculture and food manufacturing. During two years we made some progress, many people understood that we need to focus on EU funds to achieve real results, but resistance to change the rules of the ongoing show was, understandably, high. Now we need to make sure we do not lose another program period.

You’ve tried to implement a different approach and for a while it seemed that the government is behind it. Where do you see the biggest positive impact of your work in the past years and do you think it will last?
We were able to work on it because we had the support of the government. Me and my colleagues, experts from different areas, tried to change the understanding (and legislation) of regional development, the role of partners (including businesses –  as these were not considered as partners until then) in crafting the future of their communities, the importance of managerial approach – from planning to evaluation, and tried to focus on activities and real outcomes. In the beginning I saw lot of misunderstanding especially in the capital, but this has changed. We’ve managed to make the development of regions a real topic of discussion for political parties as well as society in general – this was not the case when I was defending the topic on TV debates in 2015-2016 with politicians who often had no clue. It is a process that has started and will go on. We need to make sure it goes well and eventually translates into our economic policy.

In an ideal scenario, how should the cooperation between the government, the local government, businesses, schools and the civic community work?
The central government needs to specify national priorities and respect the need for stability and predictability. National priorities have to translate into specific goals in the regions. In result, the interaction between the regional and national level should be constant.

How do you interpret the results of the recent municipal elections from the perspective of the least developed regions?
I haven’t done a proper analysis yet, but my observations are: in small municipalities there was a lack of candidates for mayors. That’s fine, we do not need salaried mayors everywhere. On the contrary, we need to provide incentives to small places either to merge, or act together to provide better quality public service. Some regions went for status quo, others went for change, hopefully because they were not satisfied with their town hall outcomes, rather than simply falling for new and more attractive promises. Voters did not necessarily prefer independent candidates, if they were offered other possibilities – see the results in Bratislava. Finally, it seems that delivering actual outcomes may be more important than pure marketing.

What can persuade young people with dreams and ambitions to try to fulfill them in their region instead of leaving for Bratislava or abroad?
Well, life in Bratislava can be terrible. However, smart young people may choose better professional opportunities over a better quality of life; in fact, they should. My advice would be – involve young people into real activities with real businesses on real innovative projects as soon as possible. Show them already in kindergartens and primary schools how beautiful it is to create something. Give them a chance to be active in secondary schools and universities, and give them a chance to reshape their living environment – involve them into decision making and benefits sharing. Support their activities financially and by providing the necessary know-how. Let them become valid members of their local community. I would not dare to discourage anyone from leaving Slovakia. 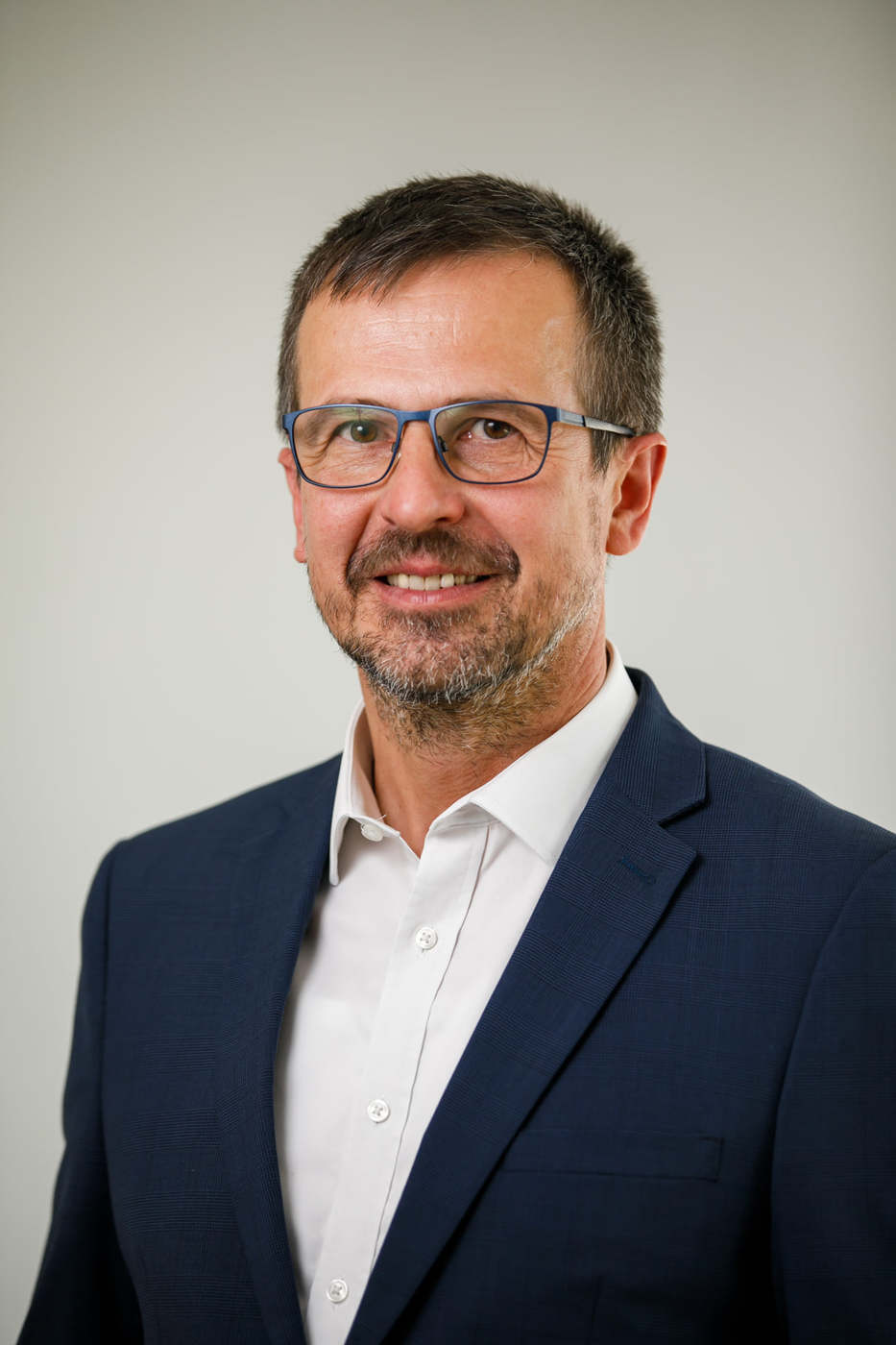