Defining the revolution of today

The third edition of Art & Tech Conference tried to define revolutionary ideas, technological advances, but also changes in thinking and human behavior of today by focusing on one of the most revolutionary technologies that humanity has at its disposal - artificial intelligence (AI). The conference is part of Art & Tech Days, an annual festival of media arts, technology and digital culture in Košice – UNESCO Creative City of Media Arts.

Dehumanization caused by technologies
An opening disruptive speech was given by Dr. Martin Jan Stránský, a primary neurologist at Yale University specializing in neurophysiological brain function of memory and consciousness.

Throughout the history of human brain, neuroevolutionary shortcuts were created so that the brain reacts faster, saves time and decides more efficiently. However, the brain’s tricky propensity to prefer short-term wins and instant rewards also comes into play. By performing actions on social media, we wait for the reaction that basically directly translates to a reward. Rewards create feel-good chemical reactions like dopamine and make us happy. But do they really? Dr. Stránský continued with his concerns about the future and revealed that certain surveys show that the IQ does not increase in general but just the opposite. The percentage of people suffering from depression has doubled and more than 50% of students suffer from anxiety.

On humans making technology more human
At 26, Filip Ruisl is a digital designer focusing on interaction, experience, visual and sound design currently working as an interaction designer at Kitchen Budapest. He addressed the essential questions regarding AI and ethics. Filip zoomed in to the VR/AI installation Training 2038, which is a great example of a speculative design, with questions of cultural, social and ethical moral dilemmas for AI to solve. The installation offered a social dialogue and the conference guests were invited to take part by being exposed to testify for their humanity in order to boil down value preferences to a protocol for the machines. The Training 2038 enlarged the perspective of perceiving AI and so followed the established conference pattern of presenting AI’s diversity.

Using technology in a creative way
Another approach towards AI was proposed by the artist Gene Kogan. Gene Kogan’s career path in generative systems was born from his simple passion in searching for new music. Gene is a creative interested in computer science and software for self-expression and especially the notion of collective mind. He is also the author of the ml4a - a collection of free educational resources devoted to machine learning for artists that could be described as ‘’a mind-blowing algorithmic salad of playful random combinations and variables.’’ Gene chose to introduce projects that demonstrate the fluidity of images, the possibilities of merging pictures, pixels and data into new synergetic entities that reflect his artistic creation. Being an American in heart, Gene did not forget to mention the meat puppet project, where he combines the pix2pix webcam and facetracker to control a meat puppet, for instance of President Trump. Besides expert knowledge, his presentation also brought lots of humor and laughter.

Making things look the same to avoid conflict
Tatra Banka has been combining finance, art and innovations for a long time. Last year, the bank received an award for the most innovative mobile banking system in the world. Peter Matúš, a Member of the Board at Tatra Banka, described how AI has already changed the financial sector. Demonstrating on a tangible example of a rather cute and confused robot - Pepper, which is supposed to replace human employees with his robotic charm in every branch office, Peter stressed the main focus of their work: “to reinvest the client’s time into something nicer, crucial or more interesting.” Realizing the irreversibility of time, and the popular claim of time being money, Tatra Banka considers AI as a more efficient provider of services, than a human being who can be affected by daily mood or emotions or behavior that cannot be fully controlled. Such realization can lead to a drop in the quality of the provided services. AI taken as a helper in such challenge could tackle the emotional aspects while providing equal services for the clients. Yet, thinking about a robot with better soft skills than humans possess is still a rather far-fetched idea?

Women on Art & Tech
Mária Virčíková,  co-founder of the Košice based start-up Matsuko, started her talk by defining creativity as a feature exclusive to humans. Interested in evolutionary algorithms and neural networks, Mária elucidated the 3D telepresence that her studio is mixing with reality technology that enables face-to-face interaction by transmitting live images of people as 3D holograms, or simply “Skype of the future”. Matsuko is a true game-changer, where a vision meets passion, skills, creativity, devotion and capability.

Serial entrepreneur Merav Oren is one of 100 most influential people in Israeli hi-tech and the founder of a platform for women-led startups WMN. In order to encourage the equality in the IT industry, Merav urged the need to support women-led ventures that can naturally become society’s role models.

Another breathtaking aspect of femininity was provided by Adi Zamir, whose startup Pink of View is the world’s first personalized predictive indicator for risk management of breast cancer driven by AI & machine learning. Emphasizing the importance of the early stage prevention we were tracing back to the medicine- AI- human interventions.

Art & Days Conference 2018 proved that AI has an immense capacity to maximize the positive outcomes in our society. The talks presented the mutual benefits of arts and technologies, the beauty of their interconnection and the diversity of their common utilization. Inspiring people brought encouraging examples and stimulated the audience’s interests in AI. 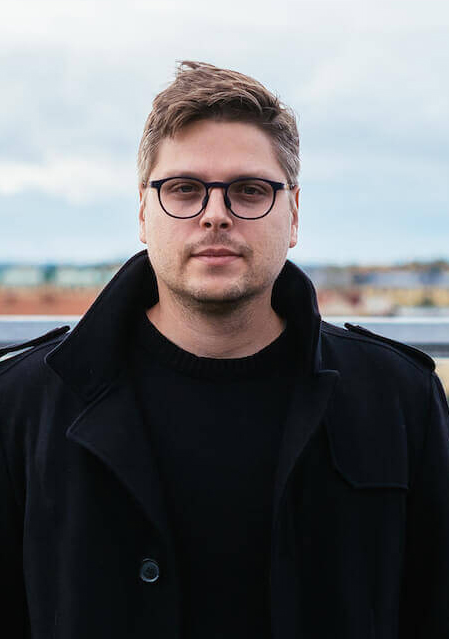