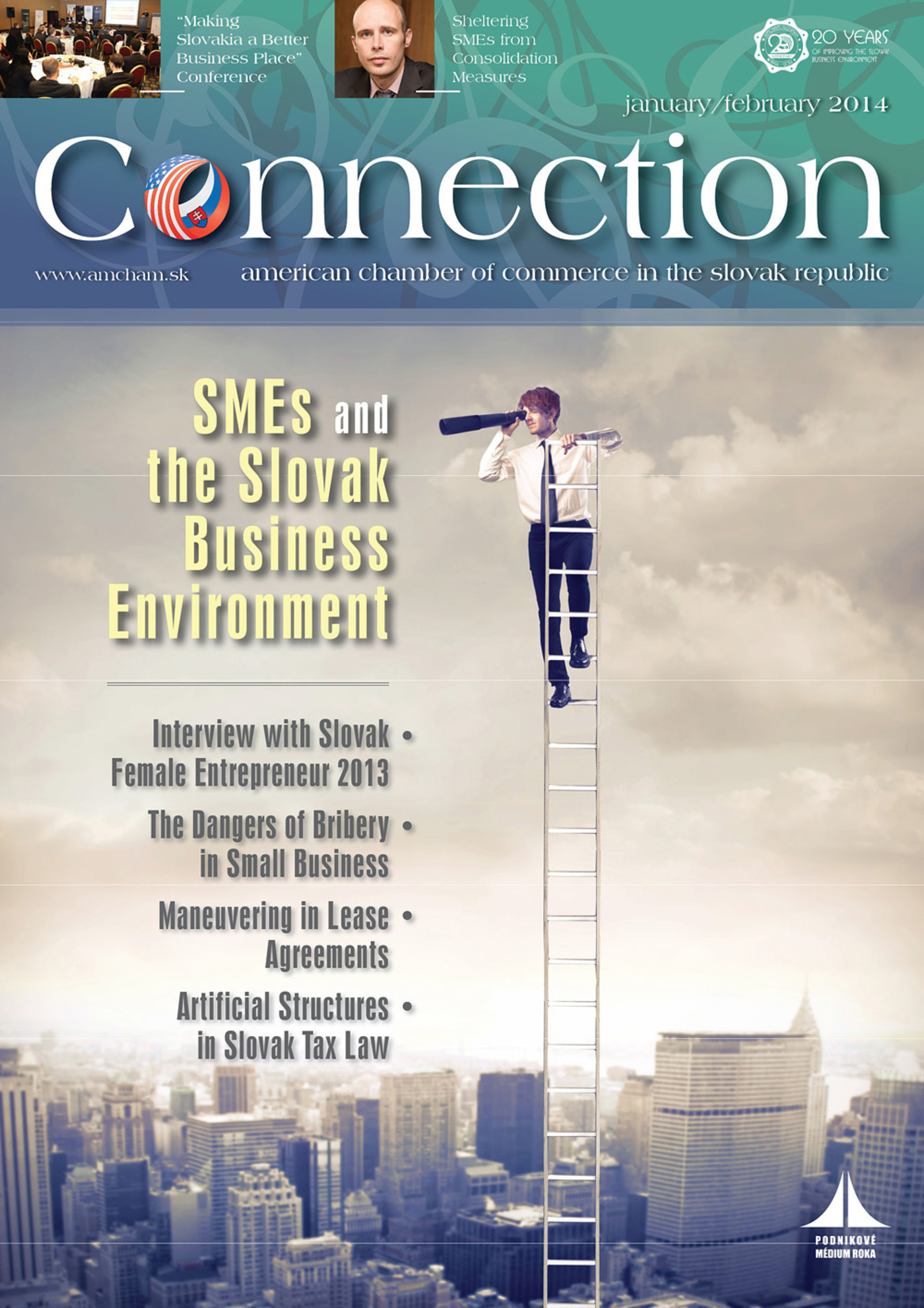 SMEs and the Slovak Business Environment

Small and medium enterprises (SMEs) are the business sector with the greatest potential for growth in the Slovak economy. They act as an important factor of social stability because their vital role is in job creation, balanced regional development and introduction of innovation into economic practice. Despite the fact that the ideal tool for creating a balanced business environment is to apply the same conditions to all market operators, it is the small and medium-sized enterprises, which are much more sensitive to government policy than large enterprises. Policies supporting SMEs in particular can have two different forms. The first are financial instruments and the second is a strong and stable legislative framework.

Interview with 2011 EY Entrepreneur of the Year

Growing up behind the Iron Curtain, Ľuboš Fellner had a childhood dream – traveling. After the Velvet Revolution he abandoned a promising medical career and established the BUBO travel agency which specializes in educational and exotic international journeys. In the past 22 years, BUBO has become the leader in the Slovak travel industry by offering trips to over 150 countries.

The National Agency for Development of Small and Medium Enterprises chose Ivanna Čandová as the winner of their competition “Slovak Female Entrepreneur” 2013. Her company has developed, manufactures and distributes the nutritional supplement Olejovita which helps people with thyroid and metabolism problems.

Revival of SMEs in the spotlight!

Besides corporations, small and medium-sized enterprises (SMEs) play a fundamental role in economies worldwide. Given their size, their adaptability brings them a number of advantages but also often limits them. In response to this situation, governments tend to implement measures that should help SMEs fight their handicaps.

Facts – not myths – about SMEs in Slovakia

Globally, SMEs are the backbone of every economy and provide a major chunk of employment. Therefore, they should be at the top of the list for policy-makers and analysts. Even if everyone wishes for taxes to be lower, objectively, fiscal consolidation and better education should come first.

The inaugural KPMG Family Business Barometer indicates that family businesses in the EU remain confident in their ability not only to survive the current economic conditions, but also to take advantage of opportunities for continued growth, investment, and success.

Women make up only 29% of the entrepreneurs in Slovakia, which comes to only 100,000 people in absolute terms. The U.S. Embassy in Bratislava led an effort to learn why so few Slovak women go into business on their own.

Another operatic highlight in Bratislava

Bratislava will welcome another great voice this spring - Piotr Beczala. He is acknowledged as one of the most vocally exciting, impressive, and sought-after lyric tenors of our time, and acclaimed by audiences and critics alike also for his ardent commitment to each character he portrays.

The dangers of bribery in small business

A global survey of accountants shows that 75% of respondents in Central and Eastern Europe believe that bribery and corruption have a negative impact on the SME business environment.

Paying Taxes 2014 is a unique study that investigates and compares tax regimes across 189 economies worldwide – including Slovakia – ranking them according to the relative ease of paying taxes.

If you think your company is too small to be exposed to trade union issues or your company’s internal rules are not influenced by collective agreements, you may need to think again.

Tenants are often interested in establishing a pre-emptive right to real estate, should the landlord wish to sell it in the future. In this article, we present various methods of finding out if a pre-emptive right can be arranged not only in an alienation contract, but also, for example, directly in a lease agreement.

Anti-avoidance regulation under Slovakia’s Tax Procedure Act has gained some muscle recently. Under the amendment, which introduces a “business substance” clause, tax  authorities can scrutinize the economic substance underlying reported transactions to determine whether those transactions genuinely accomplish any purpose beyond avoiding legally imposed taxes. What latitude do authorities have in interpreting its provisions?

The new amendment to the Income Tax Act focuses mainly on elimination of the administrative burden of taxable persons, as well as on the fight against tax evasion. Review the most important changes you should be aware of below: