We live in challenging times. A time for which few of the current generation were prepared. A time that is a great test for someone like me, an idealist, a perfectionist bordering on utopianism. Despite very good prospects, Slovakia, at the beginning of 2020, found itself at the start of a crisis that has paralyzed us for many months.

Priorities that we saw as clear and self-evident have had to give way for two years to the top priority - the protection of citizens’ health. This crisis has been replaced by a war beyond our country’s eastern borders. We are slowly learning that, even reflecting on these crises, we must be determined to continue working for the development of Slovakia. R. Bregman in his work, Humankind: A Hopeful History says: “It’s when crisis hits - when the bombs fall or the floodwaters rise - that we humans become our best selves.” He believes, as I do, that what unites all the people of the world is decency and humanity. And we have seen it in its rawest form in the past few months, which have brought us together to be better and to help each other. 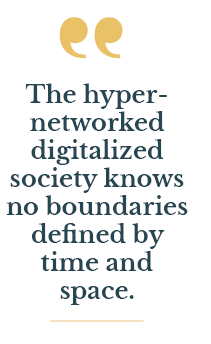 For me, this effort has led me to seek how I, too, as a mere individual, can contribute my humanity to be further proof that Bregman’s quote is indeed true. I have therefore tried to use all my knowledge and experience gained in my Ph.D. studies and practice in the field of data protection in teaching and motivating young people at university. In some cases, my efforts have been fruitful and my awareness-raising has been successful. But I still felt the need to be part of the wider picture. Not only to impart theoretical knowledge but also to gain new knowledge, and to be in touch with the practice. To learn something from people who can change the reality of a difficult everyday life into a better tomorrow.

One of the central themes of my research has been the development of the information society, which can now clearly be considered a hyper-network society. A. Toffler talked about three waves of the development of society. The last one, the information wave, needed a couple of decades to bring about changes and upheaval in society, the industrial wave, the second wave, only three hundred years, while the agrarian wave needed ten thousand years. Time and space are thus becoming increasingly intensified. H. Maynard and S. Mehrtens build on this theory with the theory of the fourth wave - an era of integration and responsibility far beyond Toffler’s revolutionary description of third-wave postindustrial society - a stage of global well-being, depending on how well our business institutions adapt and change, where business principles, concern for the environment, personal integrity, and spiritual values are integrated.

We are now on the threshold of the digital revolution, which many authors reflect on as the fifth wave that will fundamentally change the way we live, work, and interact with each other. In its scale, scope and complexity, this transformation is revolutionary and is also introducing new business models in the industry. Experts today foresee the existence of fully automated production, interconnected systems at both horizontal and vertical levels, coexisting with smart technologies, the Internet and 5G networks. 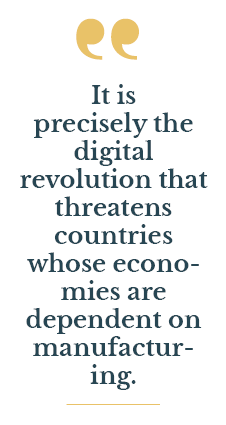 The hyper-networked digitalized society knows no boundaries defined by time and space. The 500 km distance between Bratislava and Košice should therefore not be a decisive factor for development and innovation. In the industrial sector, this new wave of society is materialized in the concept of Industry 4.0. It has the potential to increase its efficiency and ensure future competitiveness thanks to intelligent and innovative production, as it provides solutions to embark on the path towards an innovation economy. The speed and flexibility with which new technologies are put into practice will be a decisive success factor.

However, it is precisely the digital revolution that threatens countries whose economies are dependent on manufacturing. The Slovak Republic is one of these countries, as it has the highest number of vulnerable types of employment among OECD countries. Nevertheless, according to Eurostat, Slovakia supports its companies less than other EU countries, including neighboring countries. Almost three quarters of Slovak companies have not built their own capacities to professionally grasp the Industry 4.0 theme. Although almost all manufacturing companies declare that they consider it as important. According to experts from employers’ associations and Slovak digital platforms, this is a far-reaching problem, as it will further deepen the disadvantageous position of Slovak companies in the European competitive environment.

My ambition in eastern Slovakia will therefore be to help AmCham members in the eastern region feel that their opinion matters in Bratislava and on the national level. My ambition is to create a unified policy agenda that will lead to AmCham members of Eastern Slovakia having a common voice in relevant topics that will resound strongly. Another stream of my contribution within the Regional Capital agenda of AmCham will be bringing the discussion table with relevant decision makers from Bratislava to Košice.

In short, we need to come together, talk and let the world know that Eastern Slovakia matters! 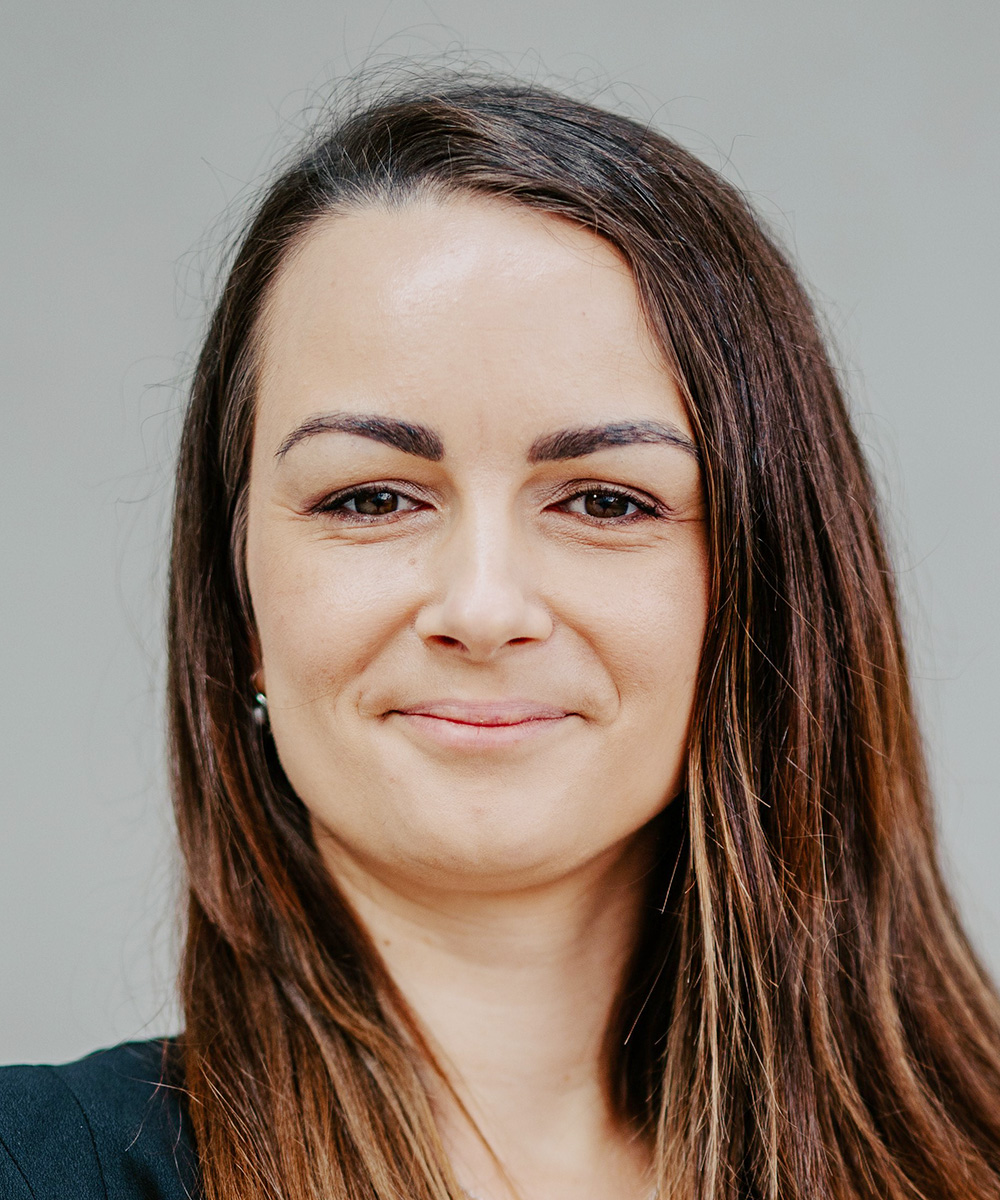