The new telecommunications operator will continue to operate under the trade name SWAN. The SWAN brand will still be present in business services whereas the 4ka brand will be used to sell convergent services for the end consumers.

The SWAN brand has been present on the Slovak telecommunications market for more than 20 years and overall, the company has been offering telco services to businesses even longer. SWAN was among the first to offer FWA connectivity for companies back in 2001. In 2007 SWAN already connected all regional capital cities with its 3.5 GHz FWA network and since 2008 the company invested tens of millions into residential fiber optics infrastructure utilizing its strong backbone fiber network and connecting tens of thousands of households and businesses to its gigabit internet. In 2014, SWAN launched its 4G mobile network and a year later, the mobile network operator SWAN Mobile and 4ka brand were born. With 580 thousand customers today, it was 4ka who launched the first commercial operations of 5G mobile network in Slovakia in 2019.

“In January 2022, we took another big and important step in consolidating the Slovak TELCO market. We have been integrating small players for years and three years ago we merged the two largest alternative operators - BENESTRA and SWAN - to create the only relevant Slovak competitor to the big three multinational telecommunications operators. In May we entered another important stage, which will allow us to be even stronger thanks to the ability to gradually create and offer combinations of fixed and mobile services,” says Roman Vavrík CEO of SWAN.

Despite the pandemic and economic constraints, the year 2021 was positive for SWAN in terms of financial results, as last year’s revenues reached 90.7 million EUR. 4ka also did not lag behind and achieved revenues of 47.2 million EUR, which represents a year-on-year increase of 25,4 percent. Last year, both companies invested primarily in the development of their networks – fixed and mobile – and in the consolidation of internal management systems and business operations platforms. In the case of SWAN it was 18.1 million EUR and in SWAN Mobile it was 7 million EUR. In total, we can talk about investments exceeding 25 million EUR.

“We had the ambition to become the third operator in Slovakia with a convergent offer. We have achieved this goal and now have another important task. We need to invest in the expansion of our 5G network to other cities in addition to Bratislava, Trnava and Banska Bystrica. By the way, it was in cooperation of SWAN and SWAN Mobile that we were the first who successfully put fifth generation network into commercial operation in Slovakia back in 2019. This year we successfully acquired 5G spectrum for the coming decades, so we possess everything we need to provide up-to-date services in the future,” added Vavrík.

In the middle of May the company made another step forward and rebranded all fixed services to 4ka brand. With the rebranding, the company has also severely increased coverage of its services for households. Fixed services are now available for more than a million households over fiber optic cables. SWAN covers more than 160 thousand households with its own fiber network and 845 thousand households are in the coverage of a partner network. In addition, 4ka currently provides internet and TV services on its own fixed LTE/5G network available to more than 1,1 million Slovak households in 370 towns and villages in Slovakia. Today, 4ka can offer packages of fixed and mobile services as the third TELCO company in Slovakia which gives the company a strategic advantage over its competitors. 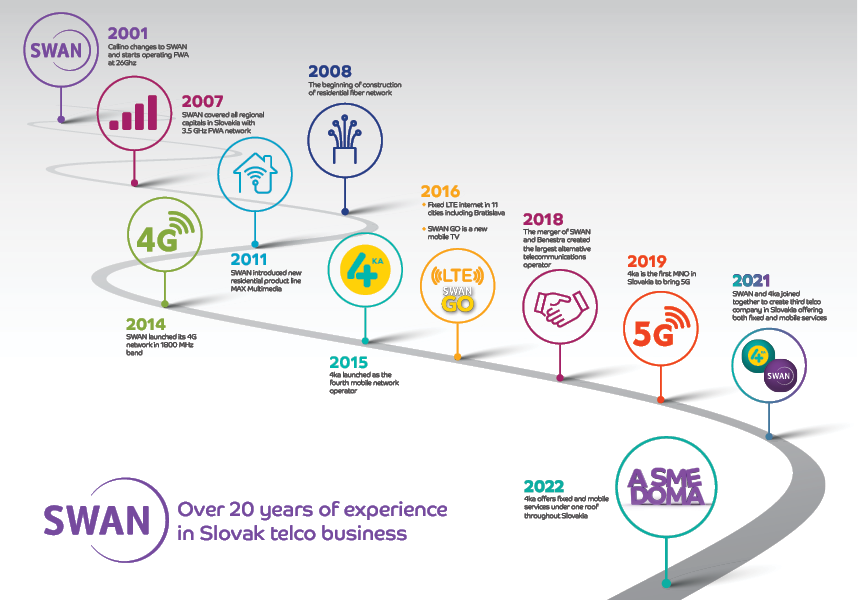 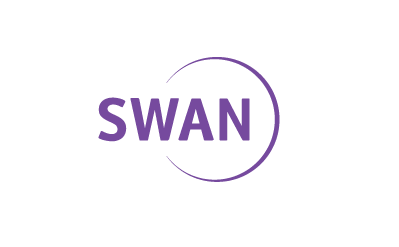